Home / Home / Accueil / The euro, a “vector” currency in a multi-monetary system, by Pierre Calame* 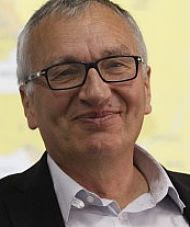 The euro, a “vector” currency in a multi-monetary system, by Pierre Calame*

“Until the mid-XVIIIth century, one spoke of eoconomy instead of economy: from oïkos (home) an nomos (law). The oeconomy refered to the wise government of the home serving the family’s common good. This translates in the XXIst century into: “the wise government of the planet serving the humanity’s common good”. The oeconomy thus turns into a branch of governance.”

For the Single European Market, there is a European currency. For the global market, there is a single currency the dollar or, gradually, a basket containing of the US dollar, the euro and the Chinese yuan. In the world, this currency also serves as a unique standard for measuring value. We must talk about “monetary veil” as we would talk about a ‘legal veil’: On the scale of a territory, for example, the organisation of all transactions in euros makes it impossible to know what are the components, in work and in materials, of the product that one buys. To know what comes from local work, that the purchase would stimulate, and what comes from the other end of the world.

The uniqueness of money has another even more serious consequence. In a historical period where the use of creativity and human labour must be developed (as guarantors of social cohesion and progress in society) and instead must save fossil fuels or natural resources.  Paying for both with the same currency makes it impossible to distinguish between these two factors of production. The current monetary system is a vehicle whose sole pedal serves as both the brake and the accelerator; surely the best way to end up in the ditch! The uniqueness of money postulates the equivalence of everything to everything. This suggestion is nowadays quite dangerous.

Currencies must be multiple

The idea of ​​a single currency issued by the sovereign and ensuring all exchanges in the nation is contemporary with royal absolutism. In the Middle Ages, not only the great lords were minting money but also the abbeys, especially to facilitate local trade. It is even said that it was the royal monopoly in the creation of money that caused an economic crisis in France at the end of the Middle Ages; due to its scarcity of circulation. Currency has also imposed the idea of ​​commensurability of raw materials, human labour, and energy.  This is not self-evident and has today, as has been shown with the monetary veil, many disadvantages. The evolution of new technology – especially in computers and the internet – has already revolutionised currency. As bitcoin or other local digital currencies have illustrated, it is possible to create a new transaction recording system, and thus a currency, at will.

Already undermined by the fact that our money is essentially created by banks, the idea of ​​a monopoly of issuance of money by the state simply vanishes. Less so, the loyalty card of a supermarket chain or an airline also creates a new currency in the form of loyalty points. Cash registers remotely registering with the bar code the characteristics of the goods purchased make it quite possible to debit several different currencies; this is also the case when the loyalty points are deducted from final expenses.

Therefore, we can ask which are the currencies best adapted to oeconomy. We have two needs, already long exposed:

• To convey different levels of exchange, and in particular to stimulate exchanges at the level of a territory; to ensure the participation of all in the life of the city and promote the movement towards a functional economy.

• To distinguish between local work, outside work and non-renewable natural resources.

Hence we have two ways of differentiating currencies: The creation of local and regional currencies or the creation of currencies, two or more, each corresponding to one or more factors of production that must be differentiated. Let us insist on the fact that the set can easily be found on the same digital medium, which makes me speak of a “vector currency”. Such a product or service is characterised by a multi dimensional vector.

In the case of Europe, the euro retains its value by making trade more fluid and eliminating currency risks, but with the added freedom of creating local or regional currencies to simulate local exchanges.

I have not used the word “decay” so often associated in the literature with the idea of ​​sustainable societies. Indeed, for as long as we do not have a plurality of currencies, the term only serves to maintain confusion. Oeconomy wants to ensure the well-being of all in respect to the biosphere. From then on, will there be growth or decline… of what exactly? Human work, whether salaried or voluntary, remains a foundation of our relationship with each other and the social fabric. And well-being does not have to be limited by a fixed ceiling. As we have seen, it does not depend on the growth of consumption of material goods once a certain number of basic needs are met. What needs to be drastically reduced is the removal of resources from the biosphere. Today’s natural cycles must be closed. However, the use of the same accounting unit and the same means of payment for elements, some of which must be developed and others spared is absurd, as is the absurd monetary veil that conceals the metabolisms of territories and sectors. The use of different accounting units and means of payment is, therefore, necessary.

Pierre Calame, Polytechnician, former high official of the French Ministry of Equipment, Honorary President of the Council of the Charles Léopold Mayer Foundation for Human Progress.