Home / Home / Accueil / A woke moment: The time for a second Cartesian Revolution is now, by Mihai Nadin (1) 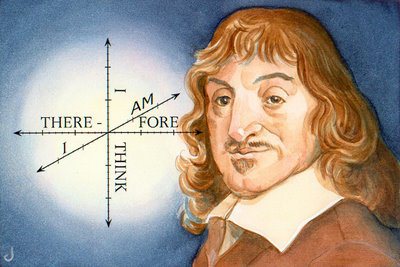 A lifeless corpuscle brought to its knees a civilization that takes credit for—when not boasting of—stellar scientific and technological achievements. Perseverence landed on Mars. During the same time period, lockdowns seemed the only method for containing the Covid-19 pandemic. As the Atlas V-541 rocket made it to the Red Planet, vaccines, genetically programmed days after the virus was sequenced, were fast-tracked with the hope of accelerating herd immunity. Quite a spectacular image in contrasts: physics, chemistry, computer science at their best in dealing with the lifeless universe but nevertheless in search of the origins of life; and the rather primitive understanding of what is alive, and how lives can be saved. All of this in the context in which nothing other than sustainability—i.e., the future—is at stake.

Behind the reality of the Covid-19 pandemic—over 300 million infected, almost six million dead—looms a larger breakdown: CoVID, i.e., the Crisis of Vision (2) into which humankind drove itself. When this all started, it felt as though somebody pulled the plug on the machine of never-ending progress. The magic of continuous progress was gone; the hour of anguish began. Robbed of its sovereignty, society got sucked into the whirlwind of woke-isms of all kinds: rage, justifiable or not, accumulated over time, against real and imaginary expressions of privilege, including that of science. Cancel culture and the obsequious acceptance of the tyranny of the few revived the dictatorship of political correctness. Newly concocted prejudices replaced those of the maligned past. Reaction, to which our civilization is conditioned, metastasized. Within CoVID the real cannot be distinguished from the opportunistic fake.

The pandemic is around two hundred trillion dollars lost worldwide; even more, lives ended or made miserable. Almost two years were wasted in sub-mediocre online educational improvisations. Technology facilitated remoteness to the detriment of any sense of solidarity. Social, political, and moral breakdowns piled up. Built-in vulnerabilities resulting from sacrificing the future for the sake of immediate gratification revealed themselves through the reality of pain and loss—which could have been prevented. In the name of the science that actually led to the breakdown, the pandemic became the tale of costly reactions, like so many before this crisis—blind, ineffective, expensive. Under the pressure of the crisis, Covid-19 morphed into the fastest and largest transfer of wealth. People heard (and not from enemies of science): “Scientists are going to kill us all!” And wondered: After replacing religion, wasn’t science, an investment never questioned, supposed to save us? Heroic efforts of physicians notwithstanding, medicine, by now more a business than a sacred vocation, failed society. In the embrace of a science adequate for guiding rockets but not for healing, medical science ended up scoring for physics but not for life.

CoVID is a self-inflicted wound. It originates in the skewed perspective of the Cartesian Revolution that has governed science since the 18th century. It advances the rationality of a limited and limiting understanding of causality: 1) The effect is contingent on past causes (determinism); 2) you can understand the whole if you understand its parts (reductionism). The ill-informed determinism and misleading reductionism of the Cartesian Method are embodied in the machine view of reality. The Industrial Revolution legitimized a rationality of unlimited expectations of progress at any cost (social, environmental, educational, etc.), cavalierly charged to the coming generations. If anything goes wrong—pandemic, economic crisis, social breakdown—reaction, i.e., fixing the machine, is the way to go. Within the broader context of CoVID, the pandemic was approached, in full disregard of the fact that reaction is more expensive, by many orders of magnitude, than anticipatory action. And in the long run, it is unsustainable.

Science and technology grounded in the Cartesian Method entail risks of an order of magnitude on a par with the progress made possible. The underpinning of the modern technology of wars, of nuclear weapons, of genetically engineered viruses is the same as that upon which the prosperity of more and cheaper is based. In short: living at the expense of the future. The long-term dependencies of the industrial and post-industrial ages are accepted as the price for progress. They are as dangerous to the future of humanity as is the engineered human being (and by extension, the engineered nature), treated as a machine after being forced to behave like one.

Awareness of the fact that the human condition transcends that of the matter in which it is embodied explains and indeed justifies the call to Disrupt Science in its current state. The dynamics of living matter includes reaction, but it is not limited to it. The living is by necessity anticipatory—continuously engaged in preserving life against the odds. Living entities, from the simplest bacteria, plants, insects to the complex human being, are adaptive, goal-oriented, and capable of self-repair.
Redefining science—and implicitly, medicine—is not a negation of its past of many accomplishments, but rather an affirmation of trust in its capacity to renew itself. The moment of truth can no longer be postponed. At stake is the future of humankind, and even of life on planet Earth.

The record of breakdowns, succeeding more rapidly and with increasing intensity, is part of the empirical premise for the call for a Second Cartesian Revolution. Determinism informs reactive actions—progress at the cost of depleting resources; and reductionism does away with complexity, in which life is couched. Anticipatory actions, involving deterministic and non-deterministic processes, engage the wholeness of the living. The adaptive nature of the living, and the goal-driven dynamics of life are expressed in actions of anticipatory nature. Informed by awareness of consequences, such actions are an expression of the human being’s creative nature. The Second Cartesian Revolution could unleash humanity’s remaking free of surrendering to want, finding opportunity not only in measuring life but also in realizing its meaning.
——
Notes:

(1) Mihai Nadin (born February 2, 1938 in Braşov, Romania) is a scholar and researcher in electrical engineering, computer science, aesthetics, semiotics, human-computer interaction (HCI), computational design, post-industrial society, and anticipatory systems. His publications on these topics number over 200, and he has lectured throughout the world. Currently Mihai Nadin is a professor at the University of Texas at Dallas, appointed to the Ashbel Smith Professorship in Interactive Arts, Technology, and Computer Science. He is director of the Institute for Research in Anticipatory Systems. Nadin is also a member of the Computer Science Advisory Board of University of the People. Source : Wikipedia

GEABTV – Digging into the Future with Swinkels &Caillol #6 / Commodities