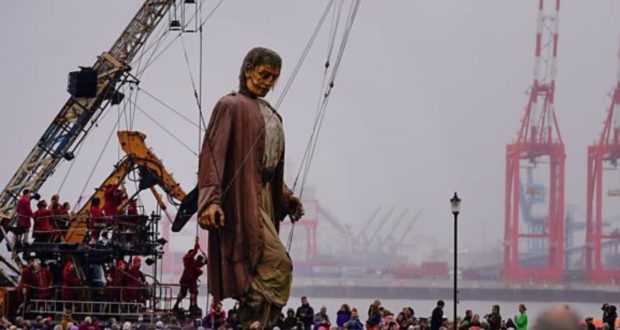 Latent financial crisis; invention of a new world monetary system; China and the US world sharing; American military withdrawal; European dislocation; civil wars and border tensions; reorganisation of the world map; … we do not know where to look first when speaking of the gigantic global reshuffle which is underway.

The common point of all this would be the chaotic nature of the process involving countless national, supra-national, global, private, public and community actors… taking advantage of the uncertain times to advance their pawns, surfing on improbable as well as volatile alliances. The United States is at the forefront of these actors, but we will see in this issue the efforts made by France, the EU, the OECD, Israel, the IMF in particular to ensure their vision of the world after. The advantage is that there are new visions of the future; the disadvantage is that there are too many of them.

The European elections will unfold this last characteristic before our eyes: the campaign will speak of Europe, for the first time, but will consist mainly of a competition of national conceptions of Europe, establishing the operation base of Europe for the next years. In the Middle East, on the other hand, the competition of solutions is about to end, we think: the peaceful strategies evoked in these pages a year ago having turned short with the Kashoggi affair, we see meeting the conditions a Middle East politico-military perfect storm designed to capture the official birth of Greater Israel on the altar of the Palestinian nation. The reform of the monetary system continues to keep us busy and we will focus this time on the prospects that the SDR-gold alliance is likely to offer. On the GAFAM side, we will evaluate the success chances of the taxation projects which concern them, knowing that the solution about to be put in place will clearly define the principles of supra-national governance in the 21st century. And finally, we will deliver the report of our internet research on the anticipations currently shaping our collective future.

A completely different landscape emerges behind the collapsed sections of the previous picture. Follow the guide !

Get your copy of the last edition (19 euros monthly instalments or 160 euros for the whole year)!

A detailed summary of the GEAB 133:

. European elections/Europe2040: ‘And now for something completely different‘

. Towards a ‘Francophone Economic Sphere’ (FES)

. Second quarter 2019: Epilogue of the creation of Greater Israel

. Gold & SDR in the transition to a new global reserve currency

. Bricks of the future: A Reader’s Digest of the anticipations found on the net