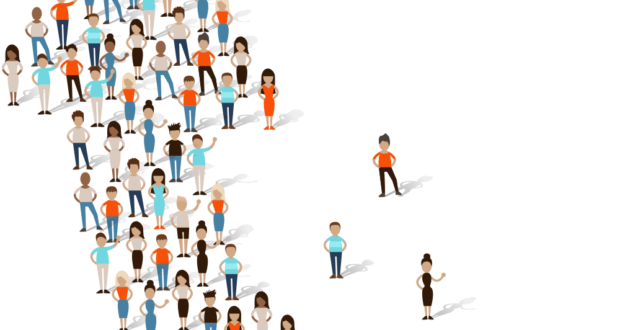 Once the goal is set and a projection towards the future is established (see previous “Lesson : A harbour in mind“), the strategy to reach the aim requires the best possible information on the environment/landscape ahead.

The future is full of factual data: scheduled events, actor’s projects and strategies, observable trends, etc… These data of the future combined together enable to draw a map of the territory where the road to one’s goal will be built. In order to get the clearer possible picture of this territory, the best possible system of information is required to get as many data as possible.

The good news is that in order to reach a goal in a complex world where having an influence is difficult, one needs to connect to large numbers of people. Then there is a mirror effect between those people needed in order to influence a reality and the connection these people provide in understanding this reality.

The method of Political Anticipation was invented by Franck Biancheri, whose European goal required the construction of a large network of European students in order to gain quantitative legitimacy. And simultaneously this large network became Biancheri’s best system of information on the reality he wanted to influence. Everything was consistent: a long-term and ambitious European goal, requiring a large group of European youth, providing an optimal information system on Europe’s historical, cultural, psychological, realities.

And that was in 1985, long before the Internet was born. What Franck Biancheri created at that time was somehow a feat. Today, at the time of Internet, building human networks is much simpler.

A network is an extension of oneself, considerably enhancing one’s capacity to connect to the reality he/she’s interested in, to integrate other ways of thinking and acting, other perspectives on things, other problematics, etc… And the individual at the centre of the network he/she created around him/herself is the catalyst, the synthesizer of this enhanced level of reality.

The human network-based system of information (or system of connection to reality) is far more complete than a technical fact-based one: no matter the amount of information a machine is capable of recording and digesting, it will never integrate the human dimension, the psychological interactions, the longings and desires, emotions, dreams and angers, madness and stupidity too… which fabricate the future. The future is a human science.

The specificities of the network Franck Biancheri created around himself at the beginning of his career with his student association AEGEE-Europe, are the following:

. young: aged between 18 and 25 mostly – therefore open-minded and hopeful
. European: from all over the EU – therefore representative of Europe’s cultural and linguistic diversity
. city-based: Biancheri’s organisations were also “with no national level” and the AEGEE-Europe organisation was conceived as a “local antennae”-based network where “local” meant city -not university or region- seen as the most obvious, non-conflictual and structuring social dimension of the individual – therefore deeply anchored
. multidisciplinary: contrary to many subject-based European student associations (law students, etc…), AEGEE-Europe was/is a multidisciplinary organization – therefore concerned by all aspects of social and economic life

The ways he connected to his network are interesting to clarify too:

Reproducibility: When Franck Biancheri passed away, Marie-Hélène Caillol took his place and became the new centre of the network he had left. Marie-Hélène Caillol had been working in his vicinity during 20 years. Nevertheless when she shifted to the very centre and became the person travelling, making speeches and discussing throughout Europe, her perspective on European realities changed. The feeling was similar to having moved up the mountain and discovering a wider landscape on Europe.

These two nearly physical experiences in her mind confirmed the intuition of the conceptual power of human-networking.

As LEAP develops its method, it growingly gets the idea that political anticipation is less about the future than about an “extended now”. In a similar movement, the prime instrument of political anticipation – the above described network – is somehow about an “extended here”. Could it be that globalization and the internet have created the conditions for time and space to be desacralized? This is a tantalizing thought.