Home / Home / Accueil / Political Anticipation: Allow yourself to think of the “other half” of the timeline, by M.-H. Caillol 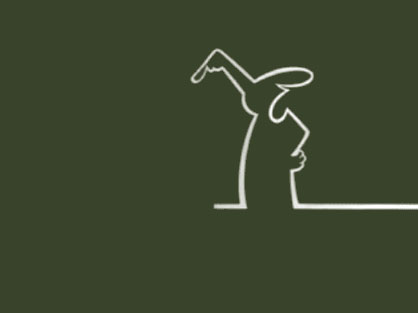 Political Anticipation: Allow yourself to think of the “other half” of the timeline, by M.-H. Caillol

Article published in May 2014

In a way, political anticipation is part of the fight against privileges. Indeed, if the present is the realm of action and therefore of the serf, ruling castes – or decision makers – have always taken ownership of the past and the future. Any decision is a bet on the future. He must therefore claim control over the entire time line.

Thus, in our human societies, the leader is the one who authorizes him/herself to produce narratives on the past and the future. Religious powers are masters in this field: control over the discourse on the past on the basis of a single authorized version – all the others being blacklisted(1) (founding myths (2), sacred texts (3), …); and prohibition of any uttering on the future “which belongs only to God” (“In Cha Allah”, “si Dios quiere” (4), etc …). It is this knowledge of what has happened and what will happen, this so-called divine or genetic gift, which legitimizes the leader and imposes silence on everyone else.

But it is not only archaic societies that operate according to this understanding. Historicisation of the past may involve a considerable effort of rationalisation, appropriation and democratisation of the sources of the present. However History remains a sensitive matter, frequently attacked. By the way, such attacks on the historical narratives are a very reliable indicator of the democratic level of a society. The techniques and degrees of disappropriation are various: not always a negation of the historicized past but rather of its relevance (in the era of state communism, Tsars and Chinese emperors had existed but as a historical mistake not deserving further attention), overvaluation of one angle of historical analysis over the others (the aspect of Germanity by the Nazis, …), cancellation of the historical past and return to the magical past (religious fundamentalisms),…

However, our so-called democratic societies are not exempt from abuses either, even if they are generally more subtle: history is so overvalued that it has gradually become a matter reserved to the experts, historians – once again elite – and therefore eludes again the majority who are only given fragments considered comprehensible to their limited brains. Currently, it is the media, more than history classes at school, that train to the “understanding” of the past. But journalists are not historians, unlike history teachers, and the direct link between the specialist and the greater number has thus been gradually weakened.

This has led to Berlusconi’s Italy positively “revising” the Mussolini dictatorship (5), of course through enormous control over the media discourse and the concomitant deterioration of the contents of school classes. But Italy often makes manifest what is already happening more discreetly in other European countries, or what they are moving towards …

If the past is so vulnerable to these kinds of distortions, it is because it can not be the subject of a real science: uncertainty remains and the interpretation reigns supreme. But that is not a good reason to refrain from exploring it, with the humble objective of “aiming for” its rationalization and denying any prerogative of a group over others in this area. In a democratic society, the knowledge of the past time needs to escape from the corridors of universities and feed young heads in its most factual form possible (6) to train men and women masters of their past and free to create their own future.

More than history, it is the process of historicization that matters, just as more than democracy, the process of democratization matters. One of the most interesting positive enterprises currently taking place in this area is of course Wikipedia. Wikipedia is not perfect but it demonstrates some really interesting principles: History can be written by a few amateurs or specialists, as long as it can be corrected by many other amateurs or specialists. The issues surrounding Wikipedia are also interesting to observe: censorship, blacklisting, opprobrium thrown by some interest groups against this or that “disturbing” information,… the “lobbies” of the History have invaded the virtual corridors of Wikipedia’s content monitoring mechanisms. They are recognized by the fact that they do not offer counter-arguments, contenting themselves with denying the information or judging it unimportant and “not deserving” to appear on this noble encyclopedic work.

This brings us back to this notion of authorization to talk about distant facts … given by whom? Why ?

Past and future: same uncertainties, same freedom of thought

That said, the human being (European in particular) has largely taken ownership of the past and it would prove difficult to deprive him/her of it now that he has tasted it. As for the future, however, almost everything remains to be done. Nobody would question the evidence that the past is more knowable than the future. And yet …

We have just seen that we can say a thousand things on the past whose perfect knowledge, if it is to approach some truth as rationally as possible, is in fact illusory. Too few factual documents to really know the distant past, too much conflicting data for us to understand the recent past, imposing selections according to more or less random or ideological priorities, … history is a mess or a desert that our human nature requires us to explore, but only if we can do so without losing sight of the humility required to take on this infinite task. Our view of the past will always end up telling us more about ourselves than about our ancestors.

A to the future, what difference really? Countless information on trends shaping it, with great difficulty in selecting the most relevant ones and in predicting the possible outcomes of their combinations. And, the further away from the present, the more the data become scarce and fuzzy. Therefore, if we have succeeded in allowing ourselves to think rationally about the past, why forbid ourselves to think rationally about the future?

In fact, one big difference explains why humans haven’t yet fully taken ownership of tomorrow: the future doesn’t leave us alone, instead constantly reminding itself and making us right or wrong. The past is more discreet …

For this reason, the leaders, masters of time, often prefer not to say much about it, or even nothing at all, simply prohibiting any speech to others: the gift of envisioning the future is a curse (Cassandra); it is sinful or presumptuous to speak of tomorrow; taboo, madness, curse, black magic, charlatanism … are notions strongly associated with any utterance on the future.

But for practical reasons, doing business in our complex societies increasingly requires us to start opening up this temporal dimension. The “leaders” can no longer be credible if they do not talk about it. They must therefore surround themselves with specialists. Thus the future becomes a specialty, a field of study and exploration. The general direction is good, but there is still a need to get this specialty out of the elite camp. In an enlightened society, everyone must have access to the knowledge and tools of the “leaders” in order to be able to correctly judge their effectiveness and make a useful contribution to the collective effort. And this is true for both the private and public spheres.

The media, moreover, are full of information on what the future holds for us, asserted with the greatest authority. In a way, Political Anticipation proposes methodological axes intended to allow everyone to better situate themselves in this mass of propositions about the future, to develop their critical sense and their personal interpretation of trends, to understand the risks without being paralyzed by them by identifying the opportunities that make it possible to assert that man is an actor of his destiny, thus setting him free.

Political Anticipation, by affirming that the future belongs to all and that everyone has a share of responsibility in it, is a tool at the service of human free will, against the prevailing determinism tending to enslave us by offering us, as the only choice, terrifying visions of the future (damnation) (7) or the lobotomy of “trust in me” (pray to God).

Human free will was already at stake in the historicisation of the past. It is time to finish the job by proposing a streamlined method of appropriation of the future by/for the majority. This is the mission that Political Anticipation has given itself.

(1) In French, the expression “mettre à l’index” means “to blacklist” and comes from the ancient “Index Librorum Prohibitorum” censorship system established by the Papacy in the XVIth century at the request of the Inquisition. Source : Wikipedia

(2) The epic of Gilgamesh in Babylon, the myth of Romulus and Remus in Rome, the myth of Erechtheus in Athens, the Kalevala in Finland, the myth of Adam and Eve in the Bible … are myths of foundation giving a version of the origins of the human group considered.

(4) “If Gid wants it” in Arabic and Spanish, two languages ​​in which the use of this expression helps to defuse the superstitious negative charge conveyed by any statement about the future. In the case of Arabic, added to a verb in the present, it is even used to produce a future meaning.

(5) See for example this article entitled “Fascism, Auschwitz and Berlusconi” published in Le Monde on 11/02/2013. Very concretely, the Berlusconi years have absolutely transformed the perception of fascism within an important part of the Italian public opinion, which now allows itself to speak positively about this regime.

(6) Franck Biancheri, the inventor of the Method of Political Anticipation, was of course also very much interested in the past and had conceived a project of presentation and teaching of the European history which avoided the rewriting of an official European version and promoted the comparative addition of different national perspectives on common events. This project was called E-Storia.

(7) The evolution of the theme of the environment in the mid-2000s is a very good example of this return to determinism in Western society. By moving from a pro-active agenda of environmental preservation in all its aspects to that of a statement of global warming associated with a single-minded fight against CO2 emissions (an agenda proposed by a single body, suddenly dubbed the only holder of the truth – with its own ‘sacred text’), we switched from ecology to ecologism. Energy lobbies now make the law, the summits of the earth fail one after the other, nuclear and shale gas have become panaceas despite Fukushima and fracking, etc … But global warming is characteristic of a catastrophist millenarian vision imposed on public opinion to scare them, block their thinking and make them believe anything, contrary to the positive and liberating project preservation of the previous environmental agenda.

anticipation anticipation politique futur future histoire historian of the future history histporien du futur political anticipation 2019-02-05
Marie Hélène
Previous: From LEAP 2020 to LEAP 2040: a new generation to redefine the European project
Next: In the latest GEAB, 26 global events to envision the 4 months ahead!