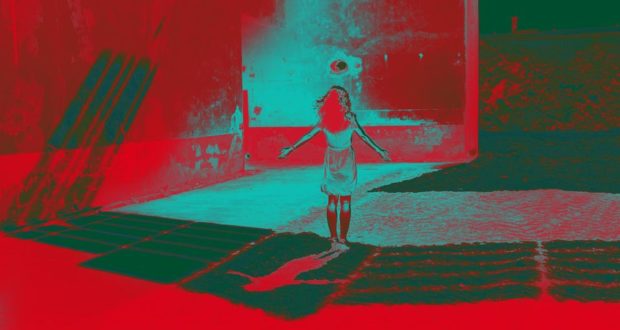 World 4.0: Between Renaissance and religious wars

Excerpt of the November 2018 edition of LEAP’s confidential bulletin

As we’ve said many times before, the historical period of humanity we are going through now is of the same nature as that of the Renaissance, though of greater magnitude. As in the 14th century, new technologies and openness to the world are bringing about a profound and radical transformation of human beings and their societies. The Renaissance has remained – rightly – in History as an incredibly positive period in terms of art, philosophy (humanism), economy (thanks in particular to the invention of modern finance)… However, the Renaissance was born in pain (plague, wars and the serfdom of the medieval period; religious heresies and counter-reactions of the Inquisition…) and caused further suffering (wars of religion in the 16th century, derived from the heresies and serfdom of the Middle Ages[1]).

With modern time acceleration, the new form of Renaissance that the 21st century is proposing looks like it will have a much shorter time span than that of the 14th-16th centuries. Hence religious wars are already looming on the horizon, at the precise moment when – maybe because – humanity is tilting into the new era.

Those who are observant will know that our planet is in full tipping point right now. But it is tipping in the direction it has been aiming at for decades, even centuries. The time is now ripe for an open society that is more enlightened and connected (Internet), cleaner (end of the all-oil time, renewable energies), more money free (virtualisation and sharing), more diseases free (genetic reinforcement) and with less and less hard work (automation, computerisation, Artificial Intelligence…)[2]. Those utopias which humanity has been dreaming of (with origins precisely in Renaissance) are today technically possible. The plans and foundation stones of the ideal future mega-cities (NEOM in the Middle East,[3] Amaravati in India[4] and many more yet to emerge[5]) are in place, whilst their financing is being made available. The foundations of a better world – although new – are being put in place as a logical consequence of human invention and the Internet revolution (the Internet has actually changed the whole situation). But for 13 years now, whilst disclosing the irresistible forces of transformation, LEAP’s team has continued to observe, describe and anticipate the mechanisms of resistance to change. And it is not by chance that the tipping point towards tomorrow’s world that we are currently reaching[6] strictly corresponds to a tipping point of the forces most resistance to change – nationalism, finance and religion – which are currently combining to produce a probable short-term shock to civilisation (2020).

Brazil has just shown us how these three components can combine to act as (temporary) blocking agents of the transition; destroying all the modern objectives to protect the Amazon and minorities, multilateral collaboration (BRICS) and wealth distribution. But Brazil is not an isolated case. There is ‘a palpable sense of panic’.[7] In the financial press, this fear relates to the ending of the era of the petrodollar (already in progress).[8] So, on the one hand, we have this now sharpened consciousness of the imperative of human survival that is demanding an economic-energy transition, and, on the other, the residue of a media-financial system that panics and makes everyone else panic at the prospect of the consequences of this transition. But fear is a bad counsellor…

These fundamentalist religious movements are being strengthened in a world where change frightens poorly educated populations that are suspicious of modernity. They are also strengthened by the political manoeuvring. This manoeuvring brings them closer to the seats of power. Their merging, now well underway, with the bodies of national power is a bad omen, especially if we combine this with the growing threat of financial crisis that could act as detonator. In Brazil, Jair Bolsonaro’s election, thanks to the combination of military interest and financial powers, but also evangelical churches, promises an era of persecution of ethnic and sexual minorities,[9] destruction of the Amazon rainforest, a return to oil-only, persecution of political opponents, conflict with Venezuela and a disengagement from the modern multilateral worldview symbolised by Brazil’s participation in the BRICS group.

In India, Narendra Modi is on a tightrope between modernisation and Hinduisation of the country. And any slip could lead to a blaze of violence against minorities and/or against neighbouring countries (Pakistan, China …). His presidential term will be questioned as part of the 2019 election. Everything is ready for the BJP to win, but which BJP? This political family is divided at the moment between those who find Modi too radical[10] and those who find him too moderate.[11] The nomination race seems to be underway within the BJP and, on the outcome of this race, will depend the future of the country and of the world.[12]

In the Balkans, between the political polarisation of the three regional tutelary powers (Europe, Russia, Turkey) and the ‘democratisation’ of this polarisation via the affiliated religious groups, the conditions are ripe for a violent interconfessional explosion to which the tutelary powers will not be able to remain indifferent, thus risking the same kind of conflagration that we experienced 100 years ago.

The next European elections will provide an opportunity for a new brewing of nauseating ideas about the so-called Judeo-Christian roots of Europe (what Europe? When? Why not paganism or secularism? …).

And even if the states manage not to get involved, do we not have here a model of the wars of the twenty-first century? A model inaugurated by Islamic fundamentalism, mobilising police forces rather than armed forces and justifying all the restrictions of liberty that have been growing since 11 September 2001, the dawn of a new century whose demographic and connective characteristics terrify our states. Seen from this point of view, it’s no wonder that they somehow have an interest in these radicalisation processes of ‘very bad guys to fight’ (terrorists) and the objective allies of a ‘totalitarianism’ of societies (the ‘authorised’ fundamentalists).

The last sector of society that will feed into this ‘axis’ is science. Ethical barriers to the application of scientific findings in cloning, artificial pregnancy and genetics will find essential ‘liberators’ in the states resulting from the process we have just described. Indeed, if these governments will be born out of a fear of the future, their fear of the other will lead them to implement the new forms of eugenics[13] that genetics offers, as well as the new forms of mass surveillance that artificial intelligence and blockchain will allow.[14] Sad paradox!

No wonder that Hannah Arendt, the great theoretician of totalitarianism and freedom, has been so much in the spotlight lately.

The trend we have described in this article paints a dark picture of our future. We hope that the amount of factual information put together in this argument shows the relevance of the alert that our team has found useful to launch. It seems important to raise awareness of the major dangers threatening human civilisation in the context of the global systemic transition, the numerous stages of which, the LEAP team has been anticipating. But political anticipation is not intended to induce panic or despair. On the contrary, understanding and clear-sightedness are indispensable conditions for effective action – an action which must be deployed in many ways and on many different levels to build the future globalised civilisation for our children: Education about the modern world and its complexity (political anticipation[15]…) to bring panic-stricken populations back to reason, adjustment and strengthening of legislation on human rights, reinvention of a humanism thrown to the winds by a business-rationality who thought it could get rid of this disturbing factor of its sacrosanct figures : the human being.

Inevitably, the excesses that will emerge as a logical consequence of the conditions and trends described above will generate this work of civilisation. And as time is accelerating (or rather contracting), these civilising trends are already at work…

[2]    If wealth production can be dehumanised, it will leave room for humans to concentrate on the more ennobling activities, such as teaching, arts, social bonds, human services… The end of labour which enslaves in favour of activity that liberates is the future we are permitted to hope for from new technologies, if they are positively perceived and framed.

[6]    We are in the geopolitical, political, economic, technical, cultural tipping-point phase of the global systemic transition. The one who knows how to observe cannot doubt it.

[7]    This is the heading of an article that rightly notes the utterly panicky headlines in the financial press lately. Source: Dollar Collapse, 12/11/2018

[8]    …The end of the petrodollar system will be concomitant with that of the Western-centred financial system. The prospect of the disappearance of these world foundations is a subject of panic for many Western economic and political leaders – even if a growing number of them, starting with the big oil producers and a large part of the oil industry, are probably ready. Source: Financial Times, 13/11/2018.

[12]   What will happen to 1.2 billion Indians will ultimately affect the entire planet.

[15]   LEAP formalised political anticipation in the late 2000s in partnership with the Sorbonne, aware that its method was a relevant tool for training citizens and professionals in understanding a complex world, and therefore, eager to create the conditions for its transmission. This year, LEAP began teaching political anticipation in higher education institutions (private ones, INSEEC but also public Université d’Evry).