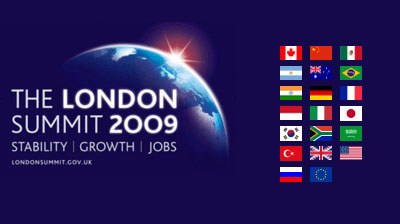 Open letter to the G20

The following is an open letter from Franck Biancheri, Director of studies of LEAP to the G20.

On March 29, 2009, Franck Biancheri signed an open letter in the Financial Times international edition from LEAP/E2020 to the G20 leaders who were going to meet in London the next week. In its introduction, this text predicted that if the three recommendations it contained were not implemented as soon as possible, rather than a crisis of three to five years, the world would sink into a crisis for more than a decade.

Your next summit takes place in a few days in London; but are you aware that you have less than a semester to prevent the world from plunging into a crisis that will take at least a decade to resolve, accompanied by a whole series of tragedies and ferment? Therefore, this open letter by LEAP/E2020, who saw the arrival of a « global systemic crisis » as early as three years ago, intends to briefly explain why it happened and how to limit further damage.

If indeed you began to suspect the onset of a sizeable crisis less than a year ago, LEAP/E2020, in the second issue of their « Global Europe Anticipation Bulletin » (GEAB N°2), anticipated that the world was about to enter into the « trigger phase » of a crisis of historic proportions. Since then, month after month, LEAP/E2020 has relentlessly continued to produce highly accurate forecasts of the development of this crisis with which the world is now struggling. For this reason, we feel entitled to write you this open letter which we hope will aid you on the choices you will have to make in a few days.

This crisis is getting more and more dangerous. Recently, in the 32nd edition of its Bulletin, LEAP/E2020 raised an alarm of direct concern to you, the leaders of the G20. If, when gathered in London next April 2nd, you are not able to adopt a number of bold and innovative decisions, focused on the essential issues and problems, and to initiate them by summer 2009, then the crisis will entail a « general geopolitical dislocation » by the end of the year, affecting the international system as well as the very structure of large political entities such as the United States, Russia, China or the EU. Any chance for you to control the fate of the 6 billion inhabitants of the world will then be over.

Your choice: a 3- to 5-year crisis or a decade-at-least long crisis?

Until now you have merely been concerned with the symptoms and secondary effects of this crisis because, unfortunately, nothing prepared you to face a crisis of such an historic scale. You thought that adding more oil to the global engine would be enough, unaware of the fact that the engine was broken, with no hope of repair. In fact, a new engine must be built, and time is running out, as the international system deteriorates further each month.

In the case of a major crisis, one must get to the heart of the matter. The only choice is between undertaking a number of radical changes, thus greatly shortening the duration of the crisis and diminishing its tragic outcome or, on the contrary, refusing to make any such changes in an attempt to save what is left of the present system, thus extending the crisis’ duration and increasing all the negative consequences. In London, next April 2nd, you can either pave the way for the crisis to be solved in an organised manner in 3 to 5 years, or drag the world through a terrible decade.

We will content ourselves with giving you three recommendations that we consider strategic ones in the sense that, according to LEAP/E2020, if they have not been initiated by this summer 2009, global geopolitical dislocation will become inevitable from the end of this year onward.

1. The key to solving the crisis lies in creating a new international reserve currency!

The first recommendation is a very simple idea: reform the international monetary system inherited post-wwii and create a new international reserve currency. The US Dollar and economy are no longer capable of supporting the current global economic, financial and monetary order. As long as this strategic problem is not directly addressed and solved, the crisis will grow. Indeed it is at the heart of the crises of derivative financial products, banks, energy prices… and of their consequences in terms of mass unemployment and collapsing living standards. It is therefore of vital importance that this issue should be the main subject of the G20 summit, and that the first steps towards a solution are initiated. In fact, the solution to this problem is well-known, it is about creating an international reserve

currency (which could be called the « Global ») based on a basket of currencies corresponding to the world’s largest economies, i.e. US dollar, Euro, Yen, Yuan, Khaleeji (common currency of oil-producing Gulf states, to be launched in January 2010), Ruble, Real…, managed by a « World Monetary Institute » whose Board will reflect the respective weight of the economies whose currencies comprise the « Global ». You must ask the imf and concerned central banks to prepare this plan for June 2009, with an implementation date of January 1st, 2010. This is the only way for you to regain some control over currently unwinding events, and this is the only way for you to bring about shared global management, based on a shared currency located at the centre of economic and financial activity. According to LEAP/E2020, if this alternative to the currently collapsing system has not been initiated by this summer 2009, proving that there is another solution than the « every man for himself » approach, today’s international system will not survive this summer.

If some of the G20 states think that it is better to maintain the privileges related to the « status quo » as long as possible, they should meditate the fact that, if today they can still significantly influence the future shape of this new global monetary system, once the phase of global geopolitical dislocation has started they will lose any capacity to do so.

2. Set up bank control schemes as soon as possible!

The second recommendation has already been mentioned many times in the preliminary debates to your upcoming summit. It should therefore be easy to adopt. It is about creating, before the end of this year, a scheme of bank control on a global scale, suppressing all the system’s « black holes ». A number of options have already been suggested by your experts. Make up your mind now: nationalize financial institutions as soon as is necessary! It is the only way to prevent a new episode of massive indebtment by them (the kind of episode which significantly contributed to the current crisis), and to show to the general public that you have some credibility to deal with bankers.

3. Get the IMF to assess the US, UK and Swiss financial systems!

The third recommendation relates to a politically sensitive issue, which cannot be ignored. It is essential that, no later than July 2009, the imf presents to the G20 an independent assessment of the three national financial systems at the heart of the current financial crisis: US, UK and Switzerland. No sustainable recommendation can be efficiently implemented as long as no one has any clear understanding of the damage caused by the crisis inside these three pillars of the global financial system. It is no longer time to be polite with the countries located at the centre of the current financial chaos.

Write a simple and short statement!

Finally, please allow us to remind you that your task is to restore confidence among 6 billion people and among millions of public and private organisations. Therefore do not forget to write a short statement – no more than 2 pages, presenting a maximum of 3 to 4 key ideas that non-experts can read and understand. If you fail to do so, no one will read what you have to say apart from a narrow circle of specialists, therefore you will not revive confidence among the general public and the crisis will be doomed to get worse.

If this open letter helps you to feel that History will judge you according to the success or failure of this Summit, then it has been useful. According to LEAP/E2020, your citizens will not wait any longer than a year before they judge you. This time at least, you will not be able to say no one warned you!