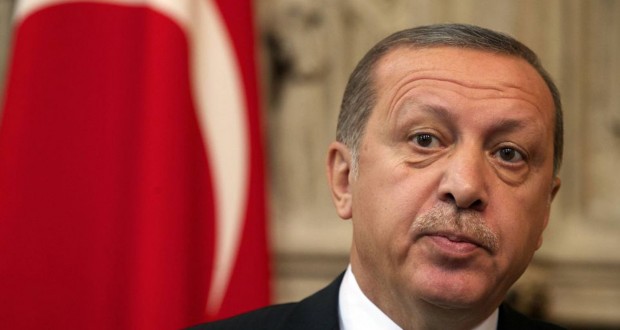 This article was published by our team in October 2015, in a very specific context: the Russian crisis was not solved yet, Syrian trap, Erdogan having political difficulties etc. We can verify today the precision of this anticipation, and more precisely of the possibility of a “coup d’etat”.

The other possible scenario, little mentioned in the daily press would be that Erdogan wins his bet of regaining his parliamentary majority and/or managing to form a coalition which doesn’t neutralize all power to act, and retakes control on the implementation of his policies.

The other parties are very far behind Erdogan’s AKP. The Kemalist part of the CHP has polled 25%; the Europeans’ new darling, the very sympathetic, pro-Kurd, moderate HDP or Syriza Turkish party, only 13%; followed by the ultranationalist and very fascist MHP. Remember that the AKP’s “defeat” in the last Parliamentary elections was with 40% of the votes!

Therefore, there is no question the 1st of November of seeing a real alternative to Erdogan emerging, but really of knowing if the current leader has regained control for implementing his policies or if there will be renewed government paralysis whilst the country sinks into chaos, requiring army intervention.

The GEAB, LEAP’s confidential letter is a monthly bulletin available under subscription. Its contents are not made available to the public until three months later. We offer you the access to this exclusive article from October 2015 bulletin (GEAB n°98). If you want to read our articles in real time, subscribe to the GEAB!

But assuming that Erdogan manages to regain control, what will be his policies? The indications that he has already given, clearly indicate a return to the policy of independence, which he inaugurated in 2003:

. distancing from the US: relations with the US became strained when the latter parachuted heavy weapons to the anti-Bashar rebels, among which there were pro-PKK troops of the PYD[1], as part of their proxy war against Russia[2];

.  rebalancing in Russia’s favour which he visited recently, and opening up to Iran[3];

. an easing of the policy towards Bashar: Erdogan recently declared himself in favour of the establishment of an interim Syrian government including Bashar el-Assad[4] as long as that doesn’t act as a legitimization of the Syrian regime[5].

This last condition is important, because it makes Turkey the guarantor of the compromise between the Russian and American positions: that the cooperation with Bashar el-Assad proposed by Russia to restore peace in Syria and in the region (henceforth the primary objective for the Europeans who want nothing more than the flux of refugees to stop) doesn’t signify the preservation of Bashar el-Assad at the head of the Syrian regime.

All this evokes a scenario quite similar to that which we have mentioned, today taken up by Trend magazine, which has inked a courageous article on the inevitability of a Turkish-Russian-Iranian alliance[6].

With all that, it’s not surprising that the NATO boss, Stollenberg, has redoubled massaging Turkey with promises of military support in case of a conflict with Russia[7], promises which are certainly addressed to the Turkish military apparatus rather than Erdogan, hinting more or less at a preliminary coup d’état.

The scenario of a strengthening of Erdogan’s position at the head of the Turkish government doesn’t seem the most likely in the current explosion of combat zones. In what conditions will the election take place? Will it occur at all? Currently, anything is possible.

But the balance of forces in the region has changed dramatically in one month with Russia’s entry into the game, and with Europe’s turnaround on the objective of Bashar el-Assad’s elimination, as a priority in terms of the management of the Syrian crisis. Moreover, it’s interesting to note that Merkel and Erdogan both expressed their change of course on this subject the same day[8].

In any case, it’s to be understood that the Turkish elections on 1st of November are to be followed really carefully. A return to order will follow, but it could be wearing a very different face.

[5] This condition can, of course, be considered hypocritical; but it could also be considered as the guarantee Europe needs to accept.