Home / Home / Accueil / Is the Juncker Commission about to know a Bis repetita of the Santer scandal? by Mélanie Lavergne*

Is the Juncker Commission about to know a Bis repetita of the Santer scandal? by Mélanie Lavergne*

The European Union currently is experiencing an unprecedented existential crisis. Brexit, redefinition of the European project, collapse of the structuring transatlantic axis, parties of extremes in renewal of notoriety: They all undermine the Federalist Union imagined by the founding fathers. If all European Institutions are in the line of Eurosceptic and other Europhobes, the European Commission seems to be their favourite culprit. They all blame Bruxelles of having become a highly bureaucratic institution and questionable moral institution. Therefore, according to Emmanuel Kant, “Two things fill the mind with ever new and increasing admiration and awe, the more often ad steadily we reflect upon them: the starry heavens above me and the moral law within me”. In the European Commission it is clear that it is fear and no longer admiration, so much so that some launch the bis repetita assumption of the Santer Commission scandal. Is this hypothesis practicable? Are we really heading towards a new scandal at the European college or rather toward a restatement and a redefinition of the moral values imposed on the European Commission?

The March 2018 GEAB also addressed this issue in a chapter entitled “Towards a major crisis of the Brussels system” (in “Europe 2018 : The EU unplugged”, GEAB N°123)

Like the Santer Commission, the Juncker Commission receives strong reactions from the European sphere or the National sphere. Edith Cresson, Manuel Marin, Emma Bonino, José Manuel Barroso or Martin Selmayr, they all have stimulated a sense of distrust against the European executive.

But are we really today in a context identical to that of twenty years ago?

The inside story of the Santer Commission

In order to succeed to the Delors Commissions, choice was made to appoint a politician without a real federalist (1) will and having a personality less strong than his predecessor: Jacques Santer.

Upon his entry into function, the 1st February 1995, the Commission starts with a relative legitimacy. The favourable opinion of the European Parliament is narrowly won (2), the President Santer is considered as a weak man having few authority on his college and some commissioners are already in a preferred target of the Parliament.

The Commission is questioned a first time by the latter in 1997 when it refuses to give the Commission the discharge for the budgetary period. Two years after, on 1 January 1999, a first censure motion is tabled by the Parliament against the European college. This latest is rejected by a very slight majority, raising a feeling of rejection growing against the Commission.

The explanation of this latest is partly due to the amoral behaviour of some commissioners like Edith Cresson or Manuel Marin and more generally to the financial management of the Commission.  If the most plausible explanation justifying this motion of censure is due to several breaches of the moral obligations imposed on the commissioners, it seems important to emphasize that it is not the only one possible. Indeed, a more political explanation, external to the college seems to prevail on a more internal explanation, as seems to be happening right now.

The Santer Case cannot be considered as a European Commission problem only, having regard to the actors concerned. First, the Commission itself: whether it is through the functionaries or the commissioners.

As regards with the functionaries: As soon as it was inaugurated, the Santer Commission made it a point of honour to put in place internal reform projects in order to place functionaries under high level of supervision and impose on them an important moralisation of their professional life (3) : Revision of the privilege measures and strengthening of the powers of UCLAF. Therefore, these reforms marked the beginning of an unprecedented dissociation between the College and the functionaries leading to a real war of egos within the Commission. Thanks to the functionaries derogating to the principle of reserve, European journalists have been able to get access to the information feeding the scandal.

Regarding the commissioners, from distrust to distrust, the last solution for some commissioners was to resign in order to establish a “clean hands” operation. In other words, the scandal having broken, this situation was seen as an opportunity that must be grasped in order to build a brand-new Commission. As a result, there were many to think they would be renowned after their resignation but many were disappointed…

In addition to the Commission, the Parliament also had an interest in this scandal. The end of the nineties matches with the period chosen by the MEPs to assert their role in the face of a European executive having always shaded them. This motion was the perfect way to impose their leadership in the control of the Commission, and even more, to rebalance their relationship with the guardians of the Treaties.

Finally, the scandal also benefited to the journalists who ascertained a renewed interest and legitimacy thanks to this affair. In the nineties and mainly due to the lack of interest of the European people for these considerations, only few journalists were specialised in the European Union matters. The Santer scandal offered them the opportunity to monopolize the big titles of the newspapers first pages, stoking citizen interest for the first time. Thus, this scandal beneficed of a crucial media relay in order to stoke it.

In conclusion, if it is obvious that the main explanation of the Santer scandal is due the flagrant and numerous breaches to the commissioners’ moral obligations it is important not to overlook the external elements that fed the scandal.

Is the Juncker Commission on the brink of rupture?

The day after the birth of the Selmayr Gate, the lack of ethic and deontology of the College and other staff of the European executive becomes critical.

The Commission has always known deficiencies of its moral obligations, whether it is from the commissioners or the staff members of the European executive. Nevertheless, if the announcement of a reform of the code of conduct was previously a solution to calm the spirits a little, it seems today that the executive is once again in an impasse.

Indeed in 2016, following the numerous moral breaches the European Commission experienced the previous years, President Juncker announced a reform of the Code of Conduct for European Commissioners (4). This reform was strongly encouraged by the European Ombudsman and led to a new Code of Conduct on 31 January 2018. This latest should have ushered in a new era in the Commission, although few really were ready to believe it. In fact, instead of reforming the code in depth, as it was necessary, this new code did the opposite.

Thus, this code extends the cooling off period and defines (finally) the term “conflict of interest” (5) but it still does not provide a sufficient answer to the plenty of commissioners’ breaches to their obligations. It still does not define in a precise and unequivocal way the obligations of honesty and delicacy. It also allows the commissioners, campaigning to be elected MEPs, to remain commissioners until their election…. That was therefore worthwhile to define the term “conflict of interests”!

Besides the disappointing nature of this reform – And that is the case! – the recent breaches of the commissioners’ obligations lead us to believe to a new scandal but this time which could be more internal than it was during the Santer scandal.

As a reminder, in two weeks, three new “scandalous events” have appeared within the Commission, putting ever more questioning the existence of moral values within the European executive:

. The spectacular promotion of Martin Selmayr

In addition to the lack of moral values of the European executive, it is the deafening silence that could seal the fate of the Commission.

Indeed, if the Parliament decided to open an investigation following the Selmayr appointment that has not happened in the European executive. The Juncker’s “closed eyes” policy on either Selmayr’s appointment or Barroso’s lobbyist activity suggests an “internal war” within the Commission. Indeed, it should be noted that the appointment of Selmayr was made in the greatest secrecy keeping the commissioners out of the decision process. Nevertheless, in order to silence those who could have expressed their dissatisfaction, the new Secretary-General decided to improve the status of outgoing commissioners. This reform now allows them to benefit during a longer period their bridging allowance and other benefits. Therefore, – and to quote Jean Quatremer  – “Why take the risk of biting the hand that will feed you?” (7).

If the Commissioners seem not to want to take side, some members of the Commission, disgusted by the lack of morality surrounding this appointment, could relaunch the debate and ask some detailed explanations to the main stakeholders.

In addition, some days after the elections in Italy, with the result that we know, that seems necessary to recall that a strong action to put an end to this kind of practices is now possibly simply vital for the Union.

*Mélanie Lavergne is currently following an intership at the European Parliament (President’s cabinet) and a PhD student at the University of Nantes. The topic of her PhD thesis is “The need to strengthen the garantees relative to the European Commission’s probity”. After having studied international law, Melanie followed a Master2 in European law. In this framework, she wrote a thesis on “Ethics and deontology of European commissionners”.

[1] In line with the wish of the British.

[2] The nomination  will experience a large majority.

[3] This policy of moralisation was mostly initiated mostly by Northern countries.

[5] According to this new code, there is a conflict of interest “when a personal interest is likely to influence of independent exercice of their functions » 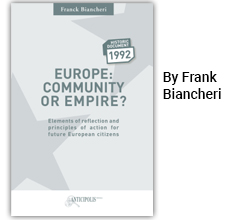 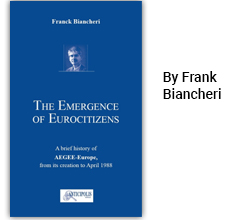 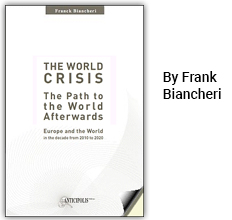