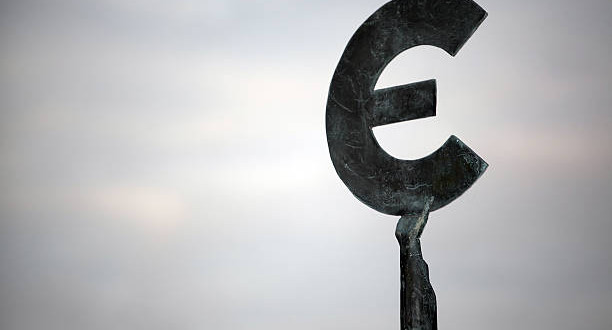 Press Release : The euro, a strategic challenge in the upcoming European Election

Yesterday in Brussels, the launch conference of the Special Review “Euroland at a crossroads” (organised by LEAP with the support of the EIB and the Ceci n’est pas une crise Foundation) brought together about sixty representatives of civil society and political groups on the one hand, and of banks and institutions on the other, in an inspiring  debate on topics usually considered dull. This success allows to affirm that European political movements running for the 2019 European elections should integrate this topic into their campaigns, formulate proposals and submit them to debate. This is urgent, here’s why:

“The current strength of the eurozone’s economy gives us a wrong sense of comfort … the feeling of no longer needed reform… yet our roof is still wobbly” (Boris Kisselevsky, ECB Permanent Representative in Brussels).

The eurozone’s reforming and consolidation needs are huge, but Member States are struggling more and more to agree on priorities and methods: Northern Europe vs Southern Europe, Franco-German engine, France vs “8 Northern countries”, all send clear signals of a disagreement which jeopardises the near future of our continent.

In his speech on the financing issues of the Finance-Climate Agreement that he defends, Pierre Larrouturou rightly reminded that the IMF had just warned against crisis risks “likely to cause damage ten times greater than in 2008“.

Given the scale of the challenges, the LEAP Laboratory bets on a “legitimation by democratization” of the eurozone governance, which requires reflection and factual actions “so that eurozone citizens get their currency back in their hands” (Cédric du Monceau) and democratic mechanisms are put in place connecting those citizens to the Euroland decision-making system (eg via a “super committee” of the eurozone in the European Parliament, or even a Parliament of the eurozone).

Philippe Maystadt said a few weeks before passing away, in the interview he gave to LEAP in the context of this special review’s publishing, that “The Economic and Monetary Union (EMU) was first and foremost a political project“.

To succeed in this democratisation challenge, we need to show that, beyond the technical nature of the eurozone stabilisation measures, the Euroland governance debate speaks of “providing Europe with the means to implement its ambitions“(Marie-Hélène Caillol), thus reaching to the issue of the society model Europeans want – in a realistic way this time (taking into account the financial feasibility). Taxation, large investments, environment, social Europe, European common defense, … all these subjects will remain just promises as long as Europe will not be able to finance them on the basis of a strong, stable and legitimately governed Eurozone.

Quite a successful bet for LEAP, which succeeds in launching the debate thanks to this first citizen meeting around the publication of “Euroland at a crossroads” yesterday in Brussels, in the headquarters and with the support of the European Investment Bank. The EIB Representative, Mr. Pierre-Emmanuel Noel, could say that this meeting “blew a European spirit between those walls”.

BEI crise euro Euroland european election européennes 2019 larrouturou maystadt 2018-04-24
Marie Hélène
Previous: Is the Juncker Commission about to know a Bis repetita of the Santer scandal? by Mélanie Lavergne*
Next: A Valentine Gift from South Africa, by Michael Kahn