Home / Home / Accueil / US Isolation: When global finance turns away from the dollar system, it means the cliff is near 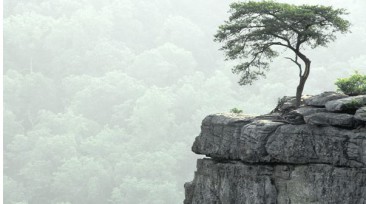 US Isolation: When global finance turns away from the dollar system, it means the cliff is near

The United States has been voluntarily isolating itself from the rest of the world, and not just from a geopolitical point of view. This terrible isolation can only get worse, whatever the result of the presidential election: if Trump wins, it will be due to a lack of foreign policy; in the case of Clinton, her iron-fist will have a word. Another domain, namely finance, which has so far been spared, is being added to this political dimension; something which has always been at the centre of America’s power in the world. No wonder this happens at the very moment the US can no longer hold itself.

When in trouble, the US always uses the same method, which consists of hiding its own problems by bringing out into the open the problems of others. Europe is regularly the fall guy. So when the world, in total awe, learns about the record fine of $14 billion that the United States imposed on Deutsche Bank[1], one could certainly look horrified at the violations committed by this bank[2], but one must also see the interest which this sanction serves. Many commentators saw this as a little revenge after the Apple fine in Europe[3], a credible explanation, but there is more to this. By creating problems for the largest European bank, the United States has managed to bring about debates on the problems of European banks in general. Despite the surprising financial stability in Europe after all those years of turmoil (in part thanks to the ECB’s capital injections, even though they probably serve global finance more than European interests), we do not claim that the European banking industry is in perfect shape, far from it[4]. But we think this is a quite convenient bogeyman to forget about the current US difficulties. The titles of articles about Deutsche Bank are definitely alarmist: imminent bankruptcy, bailout necessary, a contagion to other European banks, or even a possible next crisis in sight[5].

And indeed, not to mention the so called economic growth of the United States, which is worse and worse as seen on the following chart[6], the Fed’s failure to raise interest rates is indicative of the weakness of the US economy. 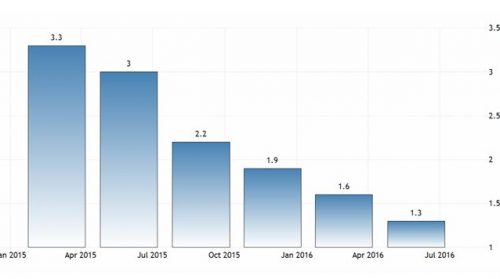 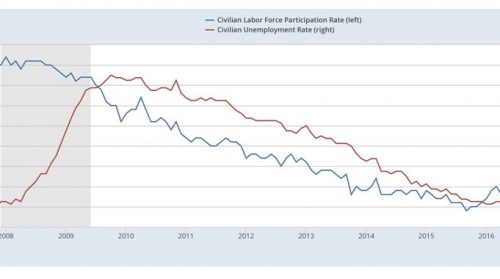 Another example: despite an always higher dollar, Bayer affords to buy back Monsanto[7] and Danone bought back WhiteWave[8]: as if Old Europe could have afforded the luxury to buy the US (contrary to what we saw last year). We could give more examples like these, but we got it: the real economy is not doing better in the US (how could it? by hardly caricaturing, we could say that only the finance was helped and still nothing has changed since 2008…). Amid the ambient complacency for the United States, it still says here and there[9] that American banks are not in better shape than before 2008, despite the “reforms” and legal obligations. Yet, the world speaks only of Deutsche Bank (DB) and the weakness of other European banks. It says that there is little or no risk of contagion to US banks, even though such risk is real since Deutsche Bank is considered one of the banks with the largest systemic risk. We must therefore believe that something big is being hidden there…

Of course, doubts (which are justified) about the strength of European banks have never really disappeared. But the trigger for the current turmoil is definitely this US fine which Deutsche Bank is not ready and able to pay[10]. Isn’t it amazing that the US imposed such a high fine, which apparently Deutsche Bank is unabe to pay, and thus runs the risk of breaking the whole banking system into pieces?

The case of Deutsche Bank is obviously a bluff. We are talking of a systemic bank, the collapse of which would hurt everyone, including and especially the US banks. Since the goal is certainly not to break the DB, it is important to look for the real reasons of the attack; diverting the media’s attention away from US failures and possibly also an attempt to put pressure on Merkel. This is why we wanted to do the exact opposite of what we were invited by the media to do, by looking towards the spot the attack came from…(Subscribe to the GEAB to read more)