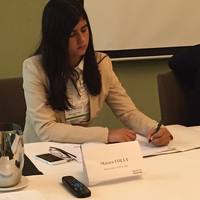 The BRICS: Aren’t breaking any time soon, by Maiara Folly

By Maiara Folly, member of our Euro-BRICS Young Leaders project for the Diplomatist.

In 2009, when Yekaterinburg hosted the inaugural Head of State Summit of the BRIC coalition, the world was facing its most critical financial crisis since the Great Depression of the early 1930s. Despite the turbulent international context, the grouping (which became known as the BRICS after the official inclusion of South Africa in 2011) remained relatively insulated from the initial shocks of the crisis. While the developed world struggled to recover economically, the BRICS bounced back quickly and became even more vocal in demanding reform of the established international organisations, including the Bretton Woods institutions.

Despite the BRICS coalition’s rapid economic growth and increasing international protagonism, its capacity to reshape global economics and politics was never taken for granted. For years, academics and media analysts (especially those in the West) have been predicting the downfall of the BRICS. Russia’s annexation of Crimea was viewed as another hurdle to BRICS coherence, especially in the field of international security, where the five countries had long defended the principle of respect for national sovereignty. More recently, the slowdown in Chinese growth, combined with the recession in the Russian and Brazilian economies and political turbulence in Brazil and South Africa, prompted renewed pessimism around the BRICS ability to act as a collective body in the international arena.

The BRICS is not solely about economics and security (although even in those areas there have been some advances); over the years, the coalition has acquired a considerable degree of institutionalisation. In addition to consolidating an annual summit at the Head of State level, the BRICS holds more than 15 minister-level meetings per year. In a relatively short period of time, the BRICS has launched concrete and long-term initiatives, including the New Development Bank (NDB), the Contingency Reserve Arrangement (CRA) and the BRICS University League.

For instance, the grouping became increasingly vocal in condemning unilateral military interventions and what they consider to be a damaging interventionist approach adopted by current international institutions and multi-national coalitions. Since 2010, high-ranking representatives of BRICS nations have been gathering together in the scope of the Annual Meeting of National Security Advisors with the aim of strengthening and broadening the security exchanges among their respective countries.

During his inaugural speech, Brazil’s Interim Minister of External Relations José Serra announced that Brazil will take advantage of mechanisms such as the BRICS to accelerate investments and commercial exchanges, reflecting the continued importance of this institution to Brazilian foreign policy despite the interim governments open rejection of many of its predecessors priority areas.

Accordingly, Serra noted that relations with China and India would be among the pillars of the country’s ‘renewed’ foreign policy. It is also no coincidence that Brazil’s interim president, Michel Temer, has chosen China (Brazil’s largest trading partner since 2009) for his first visit abroad as head of state. Although symbolic, these actions indicate that, at least in the short term, the BRICS will remain among foreign policy priorities for Brazil. It is also likely that, regardless of the orientation of the political party in power, cooperation with the BRICS will be used to reduce the negative impacts of the country’s economic recession as well as to regain some of Brazil’s lost credibility overseas.

Despite Western attempts to isolate Moscow after the breakout of the crisis in eastern Ukraine, neither Brazil, China, India or South Africa openly criticised Russia for the annexation of Crimea. In fact, all four countries have abstained from the UN General Assembly resolution declaring Crimea’s Moscow-backed referendum on seceding from Ukraine invalid. BRICS members also issued a joint statement asserting Russia’s right to participate in Brisbane’s G20 Summit after Australia’s foreign minister suggested Russia would be barred from the meeting. This stance, combined with the grouping’s explicit opposition to the use of unilateral economic sanctions, was regarded by many as a diplomatic victory for Russia.

The warming relations between Moscow and Beijing culminated in the signature of 32 bilateral agreements and a $400 billion gas deal, which was finally concluded after almost a decade of negotiations. Similarly, Brazil has benefited from Russia’s efforts to respond to Western sanctions. Following Russia’s ban on food imports on the US and certain EU countries, Brazil’s agricultural exports to Russia grew significantly. It becomes clear, that when faced with international adversities, Russia gives greater priority to its relation with the BRICS in an attempt to both diversify its trading partner and combat international isolation by Western countries.

As for India, the BRICS remains a platform through which the country can obtain support to further its global ambitions – including its bid for a permanent UN Security Council seat – at little political cost. On the geopolitical side, India makes use of the loose coalition to play its role as a ‘swing power’ between the US and China – that is, to draw both countries close in order to increase its leverage in Asia. With respect to the relations with Beijing, bilateral ties have considerably improved since the creation of the BRICS, which serves as an important dialogue mechanism to help reduce tensions between the two nations.

On the financial and economic fronts, India has benefited from taking the presidency of the NDB — the first development bank with global reach created exclusively by developing countries – and makes progressive use of the BRICS coalition to advance domestic priorities, including fostering sustainable development, knowledge, and innovation. With this aim, Indian Prime Minister Narendra Modi proposed a 10-point initiative for the BRICS that includes the creation of a trade fair and the establishment of joint research centres for railways and agriculture.

China’s impetus in keeping the BRICS grouping strong is primarily related to political interests. In addition to increasing its influence when pressing for a greater voice in international institutions such as the IMF and World Bank, in which China remains underrepresented; through the BRICS, Beijing also hopes to change the international finance landscape in its favour. Such ambition, combined with China’s attempt to burnish its image as a willing multilateralist player in the field of development and simultaneously reinforces its win-win cooperation discourse, helps justify the Chinese government’s strong support for the creation of the NDB and the CRA.

In the context of a relative slowdown in economic growth, the success of these two initiatives appears to be particularly interesting to China, for two main reasons. First, both the NDB and the CRA have the potential to accelerate China’s project of promoting the internationalisation of its currency. Secondly, the NDB may boost (and appease resistance to) China’s investments in infrastructure. From a Chinese perspective, the NDB is already yielding some positive returns: apart from signing a memorandum of understanding with China Construction Bank, the first set of loans from the Bank was issued in yuan denominated bonds.

In sight of the South Africa’s current economic contraction, the opportunities derived from its BRICS membership becomes increasingly important. On a practical level, the establishment of a regional office for the NDB in South Africa may help in filling the country’s infrastructure financing gap as well as reinforce its position as a regional economic hub.  Although insufficient, those advancements help South Africa to re-conquer the confidence of the international community, while offering good reasons for the country to maintain the BRICS among its foreign policy priorities.

It is important to recognise that, in the long term, poor economic performance of BRICS countries would indeed generate budgetary pressures and affect some of the initiatives being carried out in the scope of the grouping. However, the short and medium-term effectiveness of the BRICS is increasingly linked to the political will of its members in support of the coalition, rather than the sustainability of their economic growth. Though, history (and the BRICS grouping itself) has shown that being different has never prevented countries from cooperating.

The writer is a researcher at the Department of International Cooperation at the Igarapé institute. Her research and publications focus on emerging powers, including the BRICS; and on international peace and security, with emphasis on UN peacekeeping and the Women, Peace and Security Agenda. Her recent publications include: The New Development Bank and the Institutionalization of the BRICS. Revolutions, v. 3, p. 66-92; The BRICS and the South Atlantic: Emerging arena for South-South cooperation. South African Journal of International Affairs, v. 21, p. 1-17.

brics Euro-BRICS Euro-BRICS Youth Platform Maiara Folly 2016-10-20
Marie Hélène
Previous: US Isolation: When global finance turns away from the dollar system, it means the cliff is near
Next: Rising Powers and International Security: the BRICS and the Syrian Conflict, by Adriana Erthal Abdenur