Home / Home / Accueil / US Debt / Inflation: The FED as a support tool for Mr Trump’s objectives 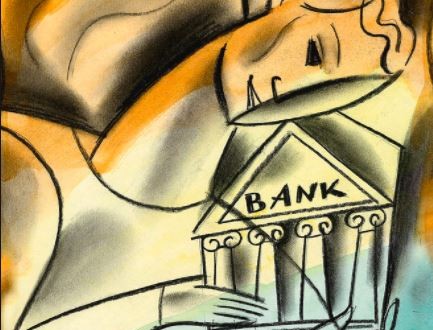 US Debt / Inflation: The FED as a support tool for Mr Trump’s objectives

At the beginning of February, the US stock markets, followed by the financial markets of the rest of the world, experienced a violent correction. In two days, the Dow Jones Index erased its January gains and entered a downward spiral. Since then, the financial world has been looking feverish. The correction developed its own momentum, due, particularly, to the impact of new volatility derivatives. However, its real starting point was on February 2nd, when the January trend of hourly wage growth was published; it rose by 2.9% after 2.6% last December[1]. That acceleration caused the market to fear a faster monetary tightening than expected in the United States and, consequently, a slowdown in economic growth. After nine years of continuous rise – one of the longest in Wall Street history – the US market is now getting overvalued[2] and, consequently, any downward growth revision immediately translates into massive profit taking.

After having long desired an inflation return, the markets are now afraid of it. Or, rather, they fear that it will lead to accelerated monetary tightening[3]. The correction presents, therefore, a direct warning to Jerome Powell, the new President of the US Federal Reserve, who, on February 5, replaced Janet Yellen[4]: Any desire to accelerate rates standardisation could result in a stock market crash. The financial sector recognises that its past euphoria depended a lot on cheap money and, therefore, the new boss of the Fed is urged to continue Janet Yellen’s policy: move forward towards normalisation step by step.

Jerome Powell under pressure from the ‘hawks’

So, what will Jerome Powell do? Right from the beginning, he is likely to be under pressure from the Fed’s ‘hawks’. Indeed, one of the main arguments for Janet Yellen’s caution is about to disappear. The Fed has a dual mandate: to ensure full employment and stabilise inflation at around 2%. The first goal seems to be fulfilled: the unemployment rate at 4.1% is close to historic lows[5]. But full employment has not yet translated into price increases. Admittedly, inflation had already risen in December to 2.1%, but underlying inflation, which does not include energy and food, remained at 1.8%. Above all, there was still no guarantee that the inflationary momentum would be sustained until a price-wage dynamic had been put in place. Yet wages remained on a very moderate rise. In 2017, inflation suddenly slowed down and between May and August it went back below 2%[6].

This is what justified Janet Yellen’s caution. In November, she confessed her ‘perplexity’ about the lack of a price-wage loop[7]. And at the last meeting of the Monetary Policy Committee she chaired on  January 31st, she remained firm on the moderate rate increase and was backed by all committee members[8]. However, when a wage growth dynamic finally emerges and the low unemployment rate translates into higher wages, the Fed will have every reason to believe that a price-wage loop is about to become real. The ‘hawks’ of the Fed are beginning to plead openly for an acceleration of monetary tightening. As early as January 2nd, Neel Kashari, chairman of the Minneapolis Federal Reserve, did not hesitate to warn that ‘if wage growth continued, it could have an impact on the pace of the interest rate increase’[9]. Expected in March, the next meeting of the monetary policy committee of the Fed should be an opportunity for a rate increase and this first meeting chaired by Jerome Powell will also be an opportunity to determine if he is looking for continuity or if he is taking the side of the hawks.

However, the job of the new President of the Fed may be determined less by the pressure of markets or hawks than by the amount of support he intends to give to Donald Trump’s economic policy. Jerome Powell is clearly ‘the President’s man’. This man who is not an economist by training, but a lawyer, had theoretically little chance of holding the presidency of the most powerful central bank in the world[10]. Powell has been Fed Governor only since 2012 and he will be the first non-economist president of the Federal Reserve since 1979. This tells a lot about how strong Donald Trump’s choice is, and how much gratitude he will get from Jerome Powell in return[11].

When it was announced in November, the appointment was hailed as meant to provide continuity to Janet Yellen. Jerome Powell’s reputation within the Fed was that of a ‘centrist’ with regard to monetary policy[12]. But, in reality, Jerome Powell was appointed by Donald Trump to support his own policy. During the presidential campaign, the US president used every occasion he could to blame the Fed. When it was over, he became more discreet, sometimes even flattering. Nevertheless, he denied Janet Yellen a second term, breaking with tradition by doing so. The latter did not hide her disappointment when she resigned from the Fed at the end of her term[13]. Why didn’t they keep Yellen if the idea was to continue the same policy? Many found the answer in disagreements between Donald Trump and Yellen on matters of regulation. This is probable, but they had differences of opinion on other matters, starting with the tax cuts plan[14]…

To learn more of our anticipations regarding Trump’s monetary strategy, the management of the Fed’s monetary tightening and the social impact of these policies, read the rest of the article available upon subscription only.