Home / Home / Accueil / The need for a Ministry of the Future, by Marc Vidal 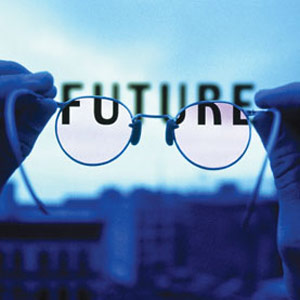 The need for a Ministry of the Future, by Marc Vidal

In the United Arab Emirates, there is a Ministry of Artificial Intelligence. This position is occupied by the politician Omar bin Sultan Al Olama. It includes nine social and economic sectors: transporation, space, renewable energy, water, technology, education, environment and traffic. Behind the spectacular news, there is the will to strategically address all the dilemnas and challenges brought about by future technologies.

Resolutely tackling in a strategic and political manner the great challenges induced by the 4th Industrial Revolution, capital deflation, and multi-automation, is not an option. It must be made mandatory and a matter of emergency. Governments can’t remain indifferent in the face of the imminent introduction of driverless cars, robotisation, universal basic income, or the incorporation of circular economy to production processes.

It is most probable that future-based legislation, something which should be compulsory by the way, depends on a transversal understanding on the part of a whole government capable of identifying the complexity of risks and challenges entailed by the technological and cultural revolution we are currently undergoing. A good solution, a first step in the right direction, would consist of embedding in any executive body a Minister of the Future, a person who would be able to bring in the necessary knowledge and the professional political vision required to properly address the flexible and changing future ahead of us.

We are now on the edge of the precipice created by some technologies impacting all the aspects of our lives. While senior executives are faced to this kind of innovation affecting their work – brought about by autonomous cars, genome editing, artificial intelligence, big data, robots or 3D printing – and while they understand success in the mid-term depends on the proper use of these new technological tools, governments are content to feast on idle talk about the need to undertake, innovate and invest… but in a distant way, as if they wouldn’t really know what they’re talking about, and didn’t feel so concerned in their own professional and political lives.

Companies create departments, or employ outside consultants, whose only mission is to forecast what is about to happen and to advise on how to address change in the most profitable manner. Not one government does that. A Ministry of the Future with high-level State Secretaries would play a leading role in fact-based research and would coordinate scenario-planning in a way that would impact the other Ministries and sectors of activity.

Futurists, polical scientists and economists have been discussing the idea for a least a decade. In politics, creating an antidote to improvisation and short-term tactics has become indispensable. Politicians are known for their short-sightedness that prevent them from seeing anything beyond the next election; however they make important decisions with potential lasting impact 10, 20 or a 100 years later.

Today, we can count on tools that help sketch policies based on strategic and intelligent decisions future-wise, tools that allow to map scenarios, evaluate probabilities, respond to decisions based on predictive facts, such as in the commercial sector for example. A Ministry of the Future wouldn’t only serve the purpose of identifying emerging technologies and anticipating resulting changes, but also incorporating the use of the latest technologies into governing methods themselves.

Companies like IBM, Procter & Gamble or Google have entrusted to those we call « futurists » the identification of limitations, the tracking of tendencies, and the building of scenarios for the upcoming years within their organisations and industries. Thanks to the way of thinking applied to the analysis of the future, IBM, a company that was founded even before computers existed, is at the forefront of artificial intelligence, modelling the characteristics according to which our work will be consolidated by machines. Google’s teams of futurists go beyond the frontiers of conversation interfaces. If you have a toddler, it is likely that he speaks with a chatbot (conversational agent) or a smart computer when playing or searching something, as easily as he would do with you. The job of these futurists is not to predict what will happen, but rather to provide rational, data-driven information that avoids unpleasant surprises to business leaders.

Years ago, the United-States had a small office, the Office of Technology Assessment, made of scientists, economists, technologists and other experts missioned to investigate, forecast and advise the Congress on everything that concerned the future. They gained a strong credibility within the whole government and scientific community because their work was accurate, balanced and exploitable. During its lifetime, this office launched more than 750 prophetic studies, ranging from robots to the place of work in society, bioterrorism, acid rains and weather change. This office has depoliticized technology and science, and just like these corporate futurists, it made sure that elected officials were not surprised.

Other countries have drawn inspiration from this by setting up similar agencies, some of which still operate today. In Great-Britain the parliamentary Office of Science and Technology, in Germany the Büro für Technikfolgen-Abschätzung beim Deutschen Bundestag, in Switzerland the Centre suisse d’évaluation de la technologie, or also in France where investments in 4.0 industry are 23 times larger than in Spain.

It is in Sweden that we find what comes closest to a Ministry of the Future. It is the Ministry for Strategic Development and Nordic Cooperation, headed by Kristina Persson, called the « Minister of the Future ». She is responsible for designing strategic responses to economic and social tensions brought about by technological progress, globalization, the emergence of a society that does not need to work for a living, multi-automation, or even, among many other things, seeing how to integrate developmental ethics into the Scandinavian way of life.

I do not know if we need such a nomenclature within a government like the Spanish government, other European countries or any Latin American state. Maybe it wouldn’t change anything. But it seems to me – and this is the intention of this article – that governments that are in no hurry to identify the significant challenges and risks related to the future society are mortgaging the lives of our children and grand-children like never before, as well as the lives of those among us who feel that the road is still long before they retire.

At this stage, 3 scenarios are possible. 1/ this idea will stay on the list of stupidities that anyone can read once in a while; 2/ these issues will be addressed in a cosmetic and artificial manner – see how citizenship was granted to a robot in Saudi Arabia some months ago… with rights superior to women’s in that same country by the way; et 3/ the ideal scenario: rather than spend days, weeks and legislations dazing us with politico-political struggles and verbose intellectual speeches without any effect, we will come to a professional, serious and technological debate: a political analysis founded on political and technological tools, a debate on the means to address social and political issues, jobs, legislation related to upcoming innovations,… in short, on the ways to address the Future with a big F.

I do not know if a Ministry of the Future is necessary or not, but it is clear that it is time to eradicate the Ministries of the Past which could move us away from an irreproachable future, and that some must foresee and prepare it, leaving the rest keep on indulging in small talk under the sun.