Home / Home / Accueil / A piece of advice to the African Development Bank: Tempering the economic option of the “all-infrastructure” 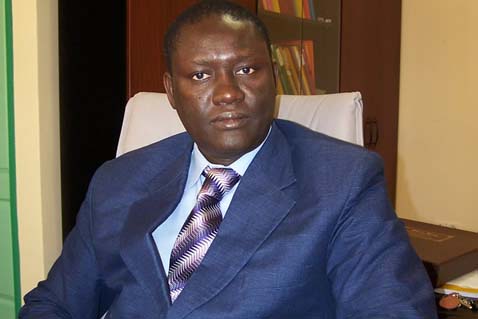 A piece of advice to the African Development Bank: Tempering the economic option of the “all-infrastructure”

On the side of the presentation of the report on Africa’s economic perspectives in 2018, the president of the African Development Bank (AfDB) announced that the Bank would organise the “Invest in Africa forum” on November 7th-8th in Johannesburg, South Africa, in order to mobilise funds for the development of infrastructures.

An organization such as CNUCED may estimate that Africa is losing 1% of economic growth per year and per inhabitant because of infrastructures deficit. But the real question is to know if those politics of financing almost everything in infrastructures as implemented by the AfDB years-long can economically be considered as a panacea for Africa?

The characteristic of the infrastructure projects is that they are highly capital-hungry, often unprofitable in the short-term, and sometimes demanding in terms of concessional resources, which are becoming rare when lender countries are in crisis. Hence the need to conduct of serious studies on opportunities but also on less expensive alternatives in terms of investment in infrastructure.

The characteristic of infrastructure projects lies in the fact that they can generate large short-term workforce hiring, but they also often create problems during the exploitation phase: high maintenance costs weighing heavily on national budgets, poorly negotiated BOT (Build Operate Transfer) contracts, underuse by users, low employability, etc… From this point of view, this kind of project may not be a reliable solution for youth employment, given that more than 10 million people are added to the active population every year in Africa.

For a long time, this tendency, or rather this fashion for infrastructures, has mobilized many decision-makers on the continent and swallowed up hundreds of millions of dollars without allowing to boost – for example for the overwhelming majority of the countries of the Continent – Foreign Direct Investments (FDI); even less so developing the private sector and drastically reducing poverty. Continental infrastructure needs are estimated around USD 130-170 billion per year, with a financial deficit around USD 108 billion. Isn’t it time to change economic option?

Infrastructural policies can serve as important guidelines if they are part of genuine strategies to revive domestic production, improve access and promote urban mobility. For example, infrastructure projects developed as part of the construction of urban highways, for energy mix production units can provide strong support for import-substitution economic strategies, processing of local raw materials and exports. It is time to think about targeted infrastructure policies, calibrated according to the real needs of the economy. For example, financial infrastructure aimed at supporting SMEs, the weak link of African economies, should be promoted to fight against the low financing rate of the economy.

It is also imperative to get rid of those mimicry temptations that lead to the realization of grandiose projects called modern, but ultimately revealed as “white elephants”.

In addition to a targeted infrastructure policy, the AfDB should also invest in research-development, entrepreneurial capacity building, inventorying, protection and implementation of the many scientific and technical discoveries stored in drawers by the Africans, and find effective strategies to support a dynamic and innovative informal sector. The AfDB should also exercise greater care in the efficiency of the infrastructure realization costs by being more demanding as regards corruption- which makes Africa lose 50 billion dollars a year – as well as in the appreciation of the relevance of the projects submitted by the States, a mess that often obeys political imperatives.

In conclusion, the time has come to raise the question of the relevance of infrastructure policies that fail to stimulate production and reduce poverty? Are we not putting the cart before the horse? Shouldn’t we test another economic model involving the development of local production, creating value, giving the state more fiscal means, thus creating the conditions for more self-financed infrastructures?

Former member of the BOAD and FAGACE