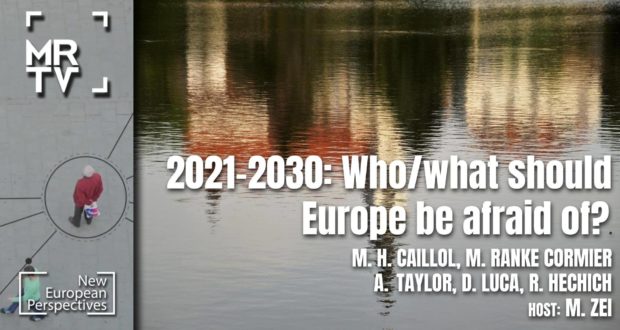 After over a decade of multidirectional stress tests imposed on Europeans by a mutating world, have we seen it all?

What next should we be afraid of in the coming decade? What threats to European citizen see weighing over their future? Are they / do they feel protected by the current European defense system?…

The next New European Perspectives talk-show will gather learned citizens from different European countries in order to challenge whether a common vision of the meaning and means of a safer Europe can emerge or not.

Step by step interventions and debate:

2021-01-25
Marie Hélène
Previous: VIDEO – Is European defence dead already ?
Next: GEABTV – Digging into the Future with Swinkels and Caillol #2