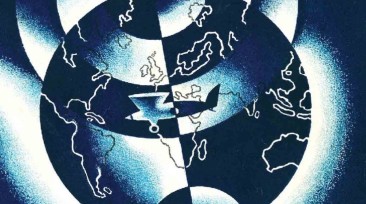 September GEAB – Transatlantic relatioons / European railways / Institutionalisation of cryptocurrencies: Upgrading Western economies with a view to their return to the global game

The multi-polarisation of the planet is currently going through a bipolarisation phase, something we anticipated in 2009, if Europe could not reposition itself intelligently, taking into account future trends. What, before the summer, was still at the anticipation stage, has now become reality.

Having discussed the Middle East issues (without success, so far, since Iran has not yet yielded – though, in November, the sanctions will be applied), Donald Trump’s United States began to make a serious effort to rebuild the transatlantic relationship it needs to secure its economic recovery and attempt to maintain its dominance in front of China’s growing influence. The Fed’s rise in interest rates requires a lot of emerging countries to choose between the American camp and the Chinese one.

As far as Europe is concerned, our team has never doubted that if a choice were imposed on it, it would start by returning to its old habits, rather than jumping into an Eastern adventure. It is this choice into which Trump is currently forcing Europe and a new framework for the transatlantic relation is about to emerge. In this GEAB issue, we’ll be exploring some strong features that are already apparent. We shall also analyse the political process by which Trump’s America intends to achieve its goals; a process which will be a decisive factor in the series of transformations that the EU is about to witness. Meanwhile, the 2019 European elections are still, in our opinion, a tipping point for the aforementioned developments.

We will also be writing about infrastructure – both the European rail system (with an assessment of the chances of a positive impact of Chinese transcontinental rail projects on our old-school system) and the financing prospects offered by cryptocurrencies. All this speaks of governance and of a Western world that is making changes according to its old demons rather than new vision. But there is some resignation in this issue: It will take a lot of oil to build the wind turbines of tomorrow, the sale of a lot of petrol cars to finance the R&D of cheap European electric vehicles, a lot of state-involvement to finance the infrastructure of our next developmental stage and a lot of dependence on America to avoid becoming Chinese… (read the entire public announcement of the September edition)

– What will the transatlantic relationship prepared by Trump look like?
– Silk Road: What will be the impact on the European rail system?
– The challenge of the institutionalisation of cryptocurrencies
– Investment, Trends and Recommendations: Paris, commodities, emerging countries, speculation …