Home / Home / Accueil / End of the US government control of ICANN: Towards the privatisation of internet control agencies (Excerpt GEAB October 2016) 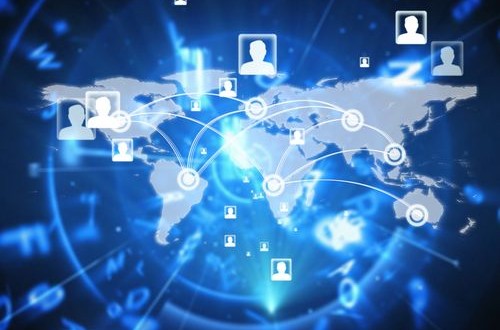 End of the US government control of ICANN: Towards the privatisation of internet control agencies (Excerpt GEAB October 2016)

Both in the United States and around the world, this news has been making some noise: since October the 1st, the internet is finally “free from US tutelage.” Is it, indeed? It is true that a decisive step has just been reached, since the ICANN (Internet Corporation for Assigned Names and Numbers), a central internet entity, as we shall see, is no longer directly controlled by the US. The Obama administration (with some relative unpreparedness, by the way) has finally accepted the international emancipation of ICANN. Should this be the fundamental brick in building a multipolar world, or some additional technocratisation of digital freedom? In this respect, it is interesting to compare the reactions of the media from both sides of the Atlantic: on the US side, Obama is accused of abandoning the internet to the hands of dictatorships[1], whilst on the European side, the media almost unanimously hails the change (“ICANN finally sets free from the US[2]“; “The US has finally released the Internet![3]“)…

To a certain extent, this change might look like a small revolution, one of the many symptoms of the US’ loss of influence and the transformation of the world into a multipolar one. This change can even be seen as a trial run for the US handover of power across all areas. Is this finally good news? Well, it all depends on who will take over that power…

The GEAB, LEAP’s confidential letter is a monthly bulletin available under subscription. Its contents are not made available to the public until three months later. We offer you the access to this exclusive article from October’s bulletin (GEAB n°108). If you want to read our articles in real time, subscribe to the GEAB!

Note that it is at least an exaggeration to say that the internet was under American tutelage. Yes, the Internet is the playground of the NSA, but this is also the case for other intelligence agencies; Yes, the vast majority of very large internet companies are American (and this is probably by far the most important reason to consider when wondering why the internet is under American influence – we shall get back to this); Yes, the majority of internet content is in English[4].

Figure 1 – The main languages of the most visited 10 million websites. Source: W3Techs.

But there is no American “internet police”. Anyone can publish content without asking permission from the United States. Internet servers are far from being located all in America, and US law is applied only to the companies located in the US; while US internet users represent less than 9% of the total number of Internet users…

Figure 2 – The quota of internet users in the world by regions. Source: Internet world stats.

Above all, the aforementioned affirmations are not undermined by the change occurred on the 1st of October. The ICANN is a non-profit US organisation founded in 1998 in Los Angeles which maintains multiple databases and servers managing internet addresses (particularly IP addresses and DNS). This role of managing internet addresses (called the Internet Assigned Numbers Authority, IANA) was given to it by a contract from the US Department of Commerce which has always been renewed since 1998, until the end of September 2016. ICANN is responsible for accounting and naming (almost) the entire internet[5], but it delegates to other national or private organisations the domains that concern them (e.g., addresses in .fr are issued by French AFNIC, although the “final stamp” belongs to the ICANN[6]).

So yes, now that ICANN is no longer under a contract with the US government, it no longer has a direct say in the management of internet addresses. One can well imagine the pressures on the ICANN before, when the renewal of contract had to be done… This will happen much less, of course.

More of a symbol than a revolution

The fact remains that ICANN is a US organisation, subject to the US law. In practice, the change will be barely visible. But the symbol is important: The United States, under pressure from the international community after the Snowden case (this is what precipitated the change, as it was planned since the establishment of the ICANN…), and weakened by their loss of leadership also, had to give up “controlling” the internet just as they have had to slowly give up “controlling” the world. Also, an aberration disappears, namely that within a global Internet, one government could dictate its terms to the entire world. Of course, as one can expect, the issue had become more political than technical. Republican senators have done everything to prevent the US losing control of the internet through ICANN. Cruz, but also recently Trump, criticised Obama’s decision[7]. A decision also likely precipitated (besides the Snowden affair) by the approach of the presidential election and the possible victory of Trump: indeed, ICANN should have been independent since its inception, but this status change had been stuck until recently.

The fact that the reform was strongly pushed by the US web giants[8] reveals the reality of the business world’s perception: an Internet too visibly under American influence is now considered bad for business…

Embryo of a private global governance

Thus, this reform marks an important step in the un-Americanisation of the world. But much more than internationalisation, it is in fact a privatisation of the management of internet domains[9]. Many countries demanded that the mission be entrusted to the United Nations[10]; not only this did not happen, but quite the contrary occurred. Though most countries are represented within ICANN and are entitled to propose changes, this is done through unanimous agreement (which never happens). Furthermore, the power of large Internet companies[11] in this complex organisation will be enormous[12], which currently amounts to ensure American control beyond any democratic control. The US government had a certain democratic legitimacy at least (and, in the case of the internet, a relative benevolence); but this does not apply obviously to large private companies. And that’s the problem (occurring also for future global governance): by wishing to quickly release from American tutelage, there is an enormous risk that democracy will change for technocracy or, worse perhaps, to outright privatisation.

If getting an international tool (such as the internet) out of national control looks like good news, it is in fact worrying to imagine that a political tool (i.e. the Internet) is detached from any democratic control. The failure of the invention of supranational democracies is a real boon for multinational private economic interests.

[1]     For instance: « The Obama administrations internet policy could suppress freedom and make America vulnerable » (source : « Obama gives away US control of the internet », The Ledger, 06/10/2016)

[11]   Google and Amazon are on top. They have obviously made intense lobbying to have more weight in the ICANN.

[12]   About ICANN, read Le Monde, 30/09/2016: « [The reform] will create a complex system, which will have to prove its strengths. The technical tasks will be grouped in one department while power will be distributed among 3 instances: an executive administration council, a panel of independent judges in charge of litigations and of reframing the association in case wrong paths were taken, and a general assembly containing five committees who would support all internet actors – meaning 160 national governments, associations issued from civil society, national and regional organisms of management of web domains, and the IT companies. Note that the latter committee would be dominated by the giants of Silicon Valley and US law firms. Loyal to the founding principles of the internet, decision making will be based on consensus, moderated by a mechanism of a super-majority to avoid endless blockages. »