Home / Home / Accueil / From European Elections 2019 to Europe 2040: making sure Europe’s nascent democracy serves the interests of the next generations 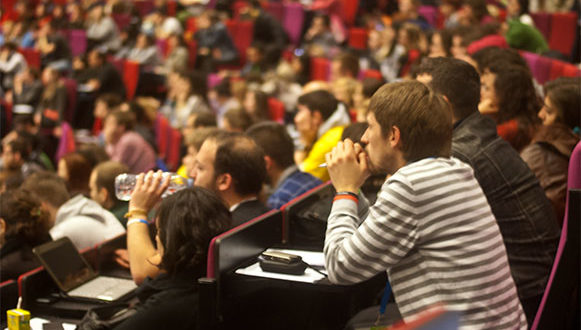 From European Elections 2019 to Europe 2040: making sure Europe’s nascent democracy serves the interests of the next generations

(To the attention of our political & civil society leaders)

The 2019 European Elections enter into history as the first signal of ownership of the European project by citizens.

The stop to falling turnout proves that the European election will no longer be a second-class vote. The presence of three trans-European parties in the campaign testifies that more Europeans understand that some issues are trans-border. The centrality of environmental concerns in the campaign, indicated by green parties’ high results and the importance of this question in every party agenda, shows that for a significant number of Europeans, this kind of question call for continental answers.

This demonstrates that concern about European politics is growing among citizens across the continent, that the citizens of European countries seek control on their future and that they are conscious of their shared responsibility regarding the fate of Europe.

But this overhaul remains unsatisfactory, even disturbing, in several respects:

. the increase in participation is still weak amongst young people: this year, still 59% of young people are the let-offs of European democratization

. trans-European parties now exist but remain invisible: Volt, Diem25 and Pirates only get five seats, and the future of the Europeans remains in the hands of national and nationalist forces, reinforcing Europe’s schizophrenia

. European campaign contents are still dominated by the most radical components of national political lives, with the risk that the new European debate tends to an ominous extremism threatening the fundamental values ​​of European integration: peace, democracy and prosperity.

Therefore, while welcoming the 2019 election’s democratization and transformational potential, we call the European society as a whole:

. to be extremely vigilant on political decisions and orientations of Europe in this next European legislature

. to ensure that in the 2024 election will display counter-proposals resulting from direct trans-European consultations and political dynamics

. to become examples of active citizens both during, before and after elections

. to include the voice of young people in decision-making processes at local, national and European level

. to include the whole process in a debate and reflection on the future of  our continent by 2040.

If we admit that the youth is the most European component of our society, that they are the most concerned about the future and that they have the highest potential for innovation, it is in European youth that slumbers the alternatives to this Europe of divisions and of fear of the future.

The whole of European civil society must resolutely lean on these new generations for Europe to become the instrument serving our common societal projects.

AEGEE-Europe, AAFB and LEAP2040 are three organisations related to Franck Biancheri. This joint declaration is part of their dedication to continue the battle Franck Biancheri fought during 30 years for the democratisation of Europe and to provide it with a new horizon: 2040.