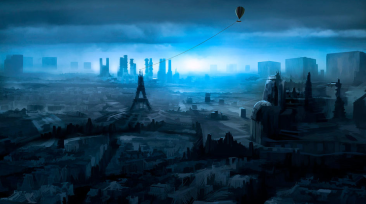 Global Systemic Crisis 2017-2021 – A phase of chaotic recomposition of the World: national re-landing, crash or rebound?

This expression “chaotic recomposition” seems best to summarise the phase where we currently are with regards to the development of the crisis, a step indicated here as extending over four years and which will include distinct progression phases.

It is quite clear that efforts to reorganise the world on a transnational logic have all failed in this first half of 2017:
. The inter-or supranational system built in the 20th century (UN, IMF, WB, NATO, etc.) failed to adapt and to oversee the new multipolar geopolitical configuration of the beginning of the 21st century. It is now in full slump, in all its forms, regions included (EU, Mercosur, etc.);
. Promising emerging experiences at the end of the first decade of the 21st century, with the G20, the BRICS and the OBOR projects as heads of list (and the connected financial institutions[1]) found themselves confronted with the interests of the US; without Europe’s support, they have not been able to impose themselves as the basis of a new world organisation[2];
. When we followed closely the work of the BRICS, we could anticipate that without the Euro-BRICS recognition and dialogue, the multipolar world was going to bipolarise into two separate camps in the context of a new Cold War; or reunited within a vast global conflagration. For three years now (with the 2014 Euro-Russian crisis in the middle, which destroyed hopes of a constructive opening of Europe to the new world realities), two camps were structured on logics coming straight from the twentieth-century (combining “non-alignment” and “Communist bloc “) around cold-war front lines (EU-Russia) or warm ones (Jewish-Christian world – Muslim world), not always superposed (the positioning of Russia in particular is difficult to read, maybe because this country tries to escape a categorisation which can only remind it of bad memories);
. Today, any progression along this logic can only lead to literally explosive levels of tension.

These tensions are essentially the result of conflicts of interest and chronic incompatibilities between supranational “systems” (“imperialist” America, the EU, NATO, etc.) coming all from different periods and regions, serving economic interests and dehumanised institutions of all kinds; systems that are not yet rooted in a popular or democratic legitimacy (still not found today, despite 70 years of trans-nationalisation of governance mechanisms, except at the States level).

Thus, in 2016, faced with the growing risk of conflagration, the world has “re-landed” at the national level (nationalist leaders in the US, India and Japan, Brexit and consequences on a “multi-speed[3] Europe”, whilst officially handing over the housekeys to the Member States, etc.).

This step is desired and judged to be rather reassuring for a part of the people who feel that they have a hand again on their destiny; and disturbing for another part who has in memory the very great failures of nation states in world management at the beginning of the twentieth century.

The success of this nationalist strategic retreat will depend on the efficiency and rapidity of the great states which, in consultation with the small ones, will succeed in putting in place the new principles of supra-national levels.

The most obvious risk is of course the escalation of tensions linked to the reaffirmation of exclusive and therefore incompatible national interests leading to a destructive process instead of the desired reconstruction phase.

In a way, we can say that the crisis ceases to be systemic in the sense that our collective destinies again depend (as in all major periods of transition) on a handful of politically over-doped individuals (Putin, Trump, Modi, Erdogan, Abe, Netanyahu, Xi …), trying to escape from the previous system, some of whom being Churchill / De Gaulle type, but others Mussolini / Hitler ones … without any media or leaders able to clarify who is who and how to preserve peace and build the future in such a context.

Needless to say, the exercise of anticipation has never been more useful and yet uncertain at the same time. In the following articles, on the basis of concrete cases (the Syrian crisis, BRICS, EU, Euroland), we will study the new prospects offered by this return to national level in the management of regional or global affairs, as well as the probable risks to be generated by this method.

Trump’s presidency has had a bad start already: his great plan to kill Obamacare was revoked by Congress[4], American justice is blocking his executive order of entry ban, forcing him to appeal the decision[5], the dollar was going up whilst he set his strategy of economic revival on a weak dollar[6]… the strength of “political will” seemed to be running short in front of an establishment guaranteeing stability and dominating the presidential executive power.

It is within this context that the chemical attack of Khan Cheikhoun took place, providing Trump with magic opportunities to:
. Sweep away all accusations of being pro-Putin, which were reducing his manoeuvring space;
. Threw out within seconds the “media poison” linked to the event (which is still talking about the children who died in the attack?!)
. Put Republicans and Democrats in the position of having to accept their “Commander in Chief[7]” D. Trump’s unilateral and illegal military action from the democratic point of view;
. Put NATO allies (starting with France and Germany[8] – much more than the United Kingdom[9]) in the position of having to salute the US President’s unilateral and illegal military action from the international point of view;
. Create the conditions for a dialogue with Russia[10], relegating the political survival of Bashar al-Assad to the second level;
. Gain credibility / visibility in sending US ships off the coast of North Korea[11] two days after Trump’s meeting with his Chinese counterpart[12] (and while the March 30 shipment of F-35 fighter aircrafts had passed quasi- unnoticed[13]), thus opening a common US-Chinese record of “resolving” the North Korean issue;
. Reopen a third front in Afghanistan (near the very sensitive Pakistani border), this time targeting the underground tunnels built by the United States and used by Daesh[14] ;
. Hedge or cover up for a sudden drop in the dollar by his speech praising the policy of low Fed rates[15] and decreeing a still too strong dollar[16].. in the middle of the above-mentioned actions.

All these belligerent actions are carried out without a democratic or international mandate, and are welcomed by a diplomatic silence, coming from the UN[17] and all the media (imagine for a second that the Russians make a tenth of what Trump has just initiated), validating the “who is the craziest” strategy we noted in the previous issue of the GEAB.

On the US side, the national re-landing promises not to disappoint the audience in suspense and surprises!

At this stage, the objectives sought are essentially of two types:
. Re-impose the US as the world’s primary military power… henceforth at its own service and no longer serving the international system;
. And move the front lines by blowing up locked bolts.
The first point has the merit of clarity: the United States was no longer able to intervene in an international framework that is increasingly reluctant to act in an increasingly visibly American interest[18], forcing them to divert actions (drones and proxy-wars); Trump officially takes them out of the international and democratic framework (USexit) but at the same time comes up with new US visible strategic actions. But this clarity of course brings with it the conditions of all those direct confrontations which the international system was meant to prevent.

The second point has the merit of the utility: in a system completely blocked by an international framework that is hinged on files which are “untouchable” (North Korea[19], two states solution in Israel[20], Syria, Crimea, Pakistan…), the opening up of the taboo has in fact become inevitable. The problem is that those who could have done so in an organised manner did not do so, leaving a “fool” (in the sense of the “strategy of the craziest”) to take care of it, with all the risks ahead (a “second crazy guy” would suffice for everything to explode in our face).

Syria, Korea, Afghanistan … is the South China Sea the next step to take?

Speaking of the second “madman”, Philippine President Duterte’s unexpected twist in island ownership suggests that those negotiations are currently taking place between the US and himself. Trump’s crossing of this red line[21] would be a clear and very worrying indicator of the initiation of a frontal logic between the western camp (to which the EU is structurally included) and the non-aligned (Russia, China, Iran).

To understand whether Trump’s actions are unlocking situations or opening war ones, we invite our readers to follow closely the declarations of the weather vane Duterte, a good indicator of the wind direction in this region. For the record, the Philippines was one of the important allies of the United States, belonging within the ASEAN to the camp of those who ask for the intervention of the US to defend the non Chinese property rights on the islands located in the Southern China Sea (remember that these rights are not written in stone);

Then Duterte came to power and triggered a complete turnaround on the matter, being very aggressive with Obama’s administration[22], resolutely turning to China to accuse the US of raising tensions on an issue which should be dealt with regionally and without external interference. But in March, Duterte accused the US of having forced his country to turn to China because of their inaction in the region, suggesting that US interventionists could regain his support. Indeed, on April 6, he announced that he would plant a Philippine flags on a series of islands claimed by his country, before retracting a week later in the name of the Philippine-Chinese friendship[23]. That said, our team anticipates that Trump will not try anything in this region until Russia is back on his side. We recall that the greatest uncertainty that we see on Trump’s foreign policy horizon is the articulation with China rather than that with Russia (although recent movements make us worry in the shorter term)…

Other chapters of this article:
-Stylistic exercise: what might the Middle East look like in 2021?
-Latin America: the end of the Bolivarian left wings
-European Union / United Kingdom: same challenge of union reinvention
-French elections: everything changes!