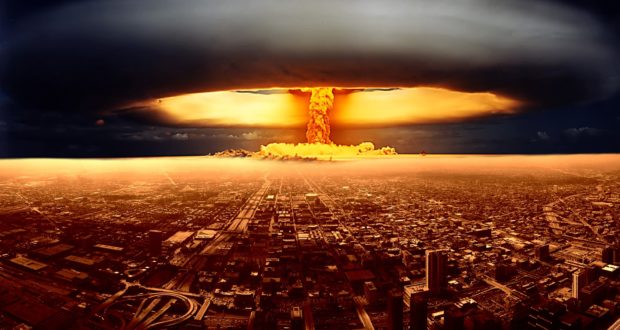 This paper was published 10 years ago, in October 2009, in LEAP’s confidential letter, the GlobalEurope Anticipation Bulletin. It is particularly interesting to review it today in the present context that questions all nuclear agreements.

“According to LEAP/E2020, it is not by chance that Iran’s nuclear programme is at the forefront of the international scene again. After a one-year break due to Wall Street’s September 2008 implosion, all previous trends are back (resumption of the fall of the U.S. Dollar is a glaring example). The same goes for Iran’s nuclear crisis which heads global strategic concerns again, but in an even more volatile context than 12 months ago. Indeed, the United States suddenly showed historical weakness currently illustrated by the new president’s hesitations about and preoccupation with a variety of both domestic and international problems encouraging restless countries – whether called Iran or Israel  – to prepare to meet their destiny. According to our team, the Western bloc’s predictable incapacity to stop Iran’s nuclear programme by January 2010 will open a new launch window for direct Israeli intervention which, as we have already explained in previous issues of the GEAB, conveys great risks of regional and global chaos.

Strategy is a matter of turning quagmires into opportunities. And, indeed, there is a way to turn Iran’s nuclear crisis into a means of stabilizing the Middle-East and offering the world a few decades of strategic stability. The way consists of transforming the obsolete Nuclear Non-Proliferation treaty into a treaty of Controlled Nuclear Dissemination.

It is a fact, the Europeans, Russians and Chinese must initiate a fundamental reform of the Nuclear Non-Proliferation treaty (NPT) and all related methods and instruments. It must be adapted to the reality of the 21st-century and based on the concept of “Controlled Nuclear Dissemination (CND)”. Scientific progress and decreasing costs make it easier every day to have access to nuclear technology[1]. As a result, it has become difficult to differentiate between civil and military nuclear programmes both in terms of instruments and channels (as illustrated by “dirty bombs”). The fact is that there are today at least 40 admitted or hidden nuclear or quasi-nuclear (likely to own nuclear weapons very soon) powers in the world… instead of 5 when the NPT was signed. Moreover, in a world where everyone knows that a nuclear deterrent was able to maintain peace in some cases (the Cold War), the major concern has become that infra-state entities get access to nuclear weapons (for nuclear terrorism). In short, the NPT is no longer working and all attempts by the Western nuclear club to control nuclear progress have been in vain for at least two decades now.

The Iran/USA/Israel crisis must be understood as a key moment in the general crisis of the current international system and in the obsolescence of the non-proliferation policy that has been conducted since 1945. It puts an end to the order established after 1945. This crisis is a direct confrontation between two archaic rationales: on the one hand, Iranian leaders ignoring global collective interests and merely focusing on their own national short-term interests, and US and Israeli leaders identifying their own short-term interests with global collective interests, on the other. The nuclear non-proliferation policy inherited from post-WWII is in crisis as illustrated by the growing number of nuclear powers (see above table) who did not sign the Non-Proliferation Treaty, by the current crisis with Iran who did sign the Treaty, by further development (by the US in particular) of new types of nuclear weapons such as “mini-bombs », by the unsanctioned role of Pakistan in terms of active proliferation and by the recent agreement between India and the US disregarding the Treaty completely.

In such a context, and due to the very serious consequences such conflict would have, the Iran/USA/Israel crisis cannot be addressed as an individual case. It must be handled as part of a long-term strategy, based on new methods adapted to 21st-century reality.

Before detailing the concept of controlled dissemination, let’s return briefly to the situation of Iran. Indeed, to solve a problem, one needs to assess the facts regardless of any ideology or prejudice.

For instance, let’s imagine that the United-States are deprived of any nuclear weapons while Mexico and Canada have them. Or France, encircled by countries owning the atom bomb (having never signed any international nuclear treaty) but being a nuke-free country itself. How long would it take for Washington or Paris to reject a non-proliferation treaty[2] and rush into the construction of a nuclear arsenal? Probably less time than writing this scenario takes! Of course, Paris and Washington would invoke national security requirements to justify their move and escape the confines of any treaty.

This is exactly the situation of the Iranian crisis. Tehran is surrounded by nuclear powers (Russia, Israel, Pakistan and maybe Saudi Arabia) and, the icing on the cake, in the past three years some of its close neighbours – such as Iraq, Afghanistan or Kuwait – have turned into US military bases. Even without an extremist such as President Mahmoud Ahmadinejad at the head of the country, Iran would still be striving to get nuclear weapons by any means and as soon as possible. Any other attitude would be surprising, especially with regard to the superb lesson of « real politik » given by the Bush administration, which proved to the world  that a dictator with nuclear weapons (North Korea) is untouchable while a dictator with no nuclear weapons (and with oil, as in the case of Iraq) is a prime target. This lesson, one of the worst to permeate international thinking in the past few decades because it eliminated any consideration other than brute force, has been heard. It is now certain that Iran will do all it can to go forward on the way to owning the atom bomb in an effort to « sanctuarize » its territory, like France, under the influence of De Gaulle, and Israel did in the 60s[3].

Let’s be clear: it is now an inevitable trend, unless Iran is destroyed. The Bush administration and all the promoters of the war in Iraq, by their intellectual poverty and their greed for oil, contributed greatly to accelerating this process. And now that the US and the West altogether appear weakened and divided (financial, economic, social crises, Afghanistan…), Iran will certainly not change its mind. Iran acts just like Israel did in acquiring nuclear weapons to secure its survival and strengthen its regional position, Iran acts in the same sense: Tel Aviv and Tehran are two sides of a same coin when it comes to nuclear armament.

Thus, apart from gesticulating at the UN and proposing some limited-scale embargo, Washington, Paris, London and Berlin can do nothing about it. It’s too late. The Russians and the Chinese now have other interests and a much heavier weight. History gives no second chance[4]. However, a group can get out of a deadlock by opening a new path: in the present case, by turning the page of « nuclear non-proliferation », now obsolete and inefficient, and opening the path to « controlled nuclear dissemination », likely to ensure the security of Iran and its neighbours, thanks to a controlled exercise of regional deterrence.

Towards a Controlled Nuclear Dissemination treaty

This new NPT, the CND treaty, should also get its inspiration from progress made in the international order since the 1960s, in three aspects particularly:

Behind the Iranian crisis, a new step is looming in the transformation of the world triggered by the fall of the Berlin Wall. We are still in the process of escaping from the world created after 1945 and the global systemic crisis contributes to speed up the pace of this evolution. In order to find the way to “the world after”, we have the choice between Achilles’ blind arrogance and Ulysses’ sharp intelligence, between non-proliferation (more and more the virtual exercise of an illegitimate power based on prejudice) and controlled dissemination (aiming at taking a lucid stock of reality in order to create enforceable rules that can be accepted by all the concerned players). According to LEAP/E2020, trying to avoid the worst consequences of the ongoing global geopolitical dislocation also requires some boldness in the way to deal with the nuclear issue. There is a paradox, but it is only apparent, and it is that this is certainly the best way to ensure the security of Israel and the Middle-East as a whole: nuclear deterrence is a balancing factor widely tested during the 20th century, which prevented the escalation of conflicts which, without the threat of these weapons, would certainly have happened.”

[1] French president Nicolas Sarkozy, who spends his time trying to sell nuclear plants to every country he visits, is himself a disseminator of nuclear technology.

[2] Knowing that Iran does not reject the treaty it has signed, contrary to Israel, Pakistan and India.

[3] The two countries co-operate on the development of an Israeli bomb as well. Source: Federation of American Scientists, 01/08/2007

[4] The hollow, fancy words of Barack Obama on the abolition of nuclear arms once again illustrates how far this president is totally disconnected from geopolitical reality (barring the fact that it was a means of obtaining the Nobel Peace Prize at little cost?). In particular, it is largely thanks to nuclear arms that the current world crisis hasn’t turned into a series of open conflicts (as was the case at the time of the US-Soviet conflict). Sadly ths state of mind alienates the US from making a realistic contribution to recasting the NPT.