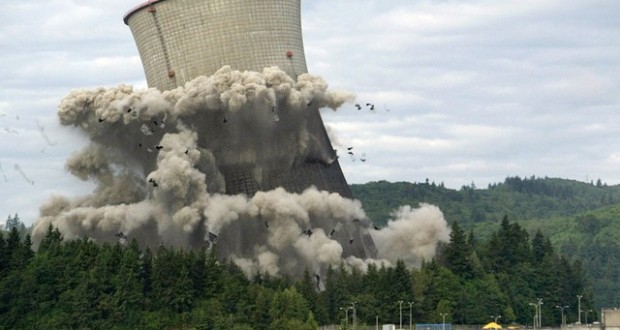 The GEAB, LEAP’s confidential letter is a monthly bulletin available under subscription. Its contents are not made available to the public until three months later. We offer you the access to this exclusive article from March’s bulletin (GEAB n°103). If you want to read our articles in real time, subscribe to the GEAB!

2017: Will Europe (re)become a model in the nuclear field?

In our previous GEAB edition, we tried to show that after the British referendum, whatever the outcome, a new stage of European integration would start, led by the Eurozone and the necessary implementation of a budgetary and fiscal union/coordination, the first effects of which would be felt in 2017. If Europe takes the necessary steps and runs ambitious politics, projects such as nuclear dismantling of the continent would become imaginable again. Europe could even contribute to the creation of a world fund for dismantling, and also for the management of the nuclear consequences. There is so much to do in this area … starting with Fukushima. The challenges of the post-nuclear situations largely exceed the capacity of action of nation-states, even of the largest ones. The true means are necessary at the global level, and as we like to repeat, the mega-national entities (USA, China, India, Brazil …) and the supranational ones (EU, ASEAN, Mercosur …) are the necessary players to achieve this global level.

The new emerged powers have energy strategies based on diversification. For this reason, they also include nuclear power, but they focus their efforts mainly on renewable energy. If Europe resolutely launched out in the dismantling of its nuclear industry, it would send a strong signal to the world about the currently existing aberration to detonate nuclear bombs in concrete tanks in order to become energy self-sufficient. We have other solutions today, compared to those of the 50s. The real big risk lies neither in terrorism, nor in Russia, but in our aging nuclear plants and the fact that the global systemic crisis does not allow us to maintain them properly any longer.

Will Fessenheim happen in 2017? Time will tell…