Home / Home / Accueil / A reaction to our GEAB article on Petroyuan, by Irina Yarigina: Professor at the Financial University of Moscow 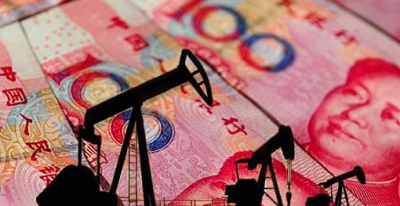 A reaction to our GEAB article on Petroyuan, by Irina Yarigina: Professor at the Financial University of Moscow

It goes without saying,  that there are several prerequisites for national currencies usage: reliable economic and financial developments, economic demand of the currency, ability of the national currency to perform as the money abroad (payments, savings, exchange base, etc.), low level of transaction costs (favorable conditions for relations), legislation, that supports the access of foreign investors to financial markets of integrated groups, the image of the country. Actually, Chinese RMB is one of such currencies of BRICS integrated alliance. At the same time all national currencies of member countries, backed by economic requirements are widely used according to malty-national agreements.

In BRICS expert community active debates on the possibility and feasibility of alternative BRICS banking system are in progress; consultations on the establishment of a multilateral system of information similar to SWIFT are held. Finance Ministers and Central Bank Governors of the countries BRIC are discussing the whole range of issues, including the organization of payment systems and the prospects for increase transition to payments in national currencies. The purpose of the establishment of such a system is care in international payments from the control of the United States and the EU. This would result in greater independence and, more accurate, creates a certain guarantee for countries from the risks associated with arbitrary decisions in this area, which could be taken by the countries in whose jurisdiction the current payment system is located.

During anti-Russian sanctions war, it became clear that SWIFT could become one of the levers of pressure upon any developing country. Russia was one of such an example. When the West addressed packages anti-Russian sanctions, there has been a lot of talk that Russia could be disconnected from the SWIFT system, as in 2012 it was done with Iran. Such deactivation and now is considered in predictions of Russian analysts as a possible measure to reinforce sanctions pressure on Russia. Disconnecting Tehran West happened because there was a UN Security Council resolution imposing sanctions against Iran, which was supported by the majority of UN member countries. SWIFT joined the resolution. In the case of Russia, this is not possible, because the Russian Federation is a member of the UN Security Council with veto power. However, risks remain for us. For example, disable from SWIFT can separate Russian banks. This can happen if the EU and the United States include these banks on sanctions lists, and then would require SWIFT to terminate their service. These risks have resulted in over 4 years of sectoral sanctions while Russia has established a national payment system “Mir” (Peace) and overcome the threat of disconnection from international payment systems. Now we are talking about the expansion of the independent interbank space to the scale of BRICS. More importantly, the “Mir” system is part of a future single financial space in the Eurasian Economic Union, because without such a system it is difficult to establish integration of currency policies of the Eurasian Union, and subsequently move to a single currency system.

In recent years, the idea of creating a similar system for the BRICS is discussed. Moreover, in July 2014 Summit in Brazil BRICS countries leaders signed an agreement on a new Development Bank BRICS, as well as an agreement that involves the mutual opening of credit lines in the national currencies of the central banks of the BRICS countries to each other. As a result, the BRICS have arisen purely technological need for SWIFT’s analogue.

SWIFT currently works mostly with reserve currencies. The share of the dollar payments going through the system is approximately 68%. Dollar is followed by the Euro, Japanese yen, Swiss franc, British pound, Australian and Canadian dollars. Chinese currency (RMB) took around 2% of the SWIFT operations, the ruble is 1.7%. We can say that SWIFT has certain problems with transactions in the Indian rupiej, the Brazilian real, South African rand. In this regard, it is intended to establish a new system of financial telecommunications and information exchange for the BRICs, which focused primarily on financing and crediting of projects Development Bank BRICS. An alternative system to facilitate mutual settlements will play a role as a backup platform on which you can optionally go.  In the long term, this will lead to further de-dollarization netting in member countries the BRICS and other developing countries as well as their economic alliences.