Home / Home / Accueil / Africa-EU Summit: Towards a revolution in the mentalities? By Magaye Gaye 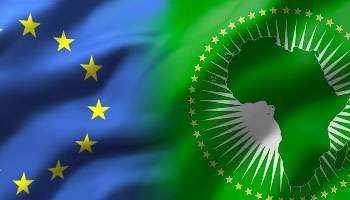 Africa-EU Summit: Towards a revolution in the mentalities? By Magaye Gaye

A new Africa-Europe summit scheduled on November 29-30 in Abidjan this time. It seems that the Europe-African partnership has not proved its effectiveness yet. The current situation proves it due to the migratory wave of desperate youth coming to a still convalescent Europe in terms of growth.

The two continents connected to one another by history and geography have missed their historical march. The cooperation has failed to avoid Africa’s counterperformance, which can be summed up in a few figures: 2% of the international trade, 1.1% of the world manufacturing and 13% of intra-African trade. It is rather paradoxical for a continent which contains 10% of the world’s oil reserves, 40% of the world’s gold reserves, 80% of the chromium reserves, 90% of the platinum metals and 30% of the world’s mineral resources. One of the missed opportunities seems to be related to the old continent’s inability to develop intelligent foresight of taking Africa as a respectable strategic partner and develop complementarities together. Europe has made a historical mistake by refusing any idea of ​​the Marshall Plan after independence, unlike the Americans who seem to have been more inspired in this respect.

The views and opinions expressed in this article are those of the author and do not necessarily reflect LEAP’s position.

The next summit will hopefully trigger a life-saving break in the partnership spirit and methods of action. More than the pre-established diplomatic declarations, tackling the real problems of cooperation will be compulsory. First of all, the 21 billion euros of aid has not been a solution to Africa’s development; targeted aid according to European priorities, ineffective, developmentally ineffective, much of which is misdirected and recycled outside the continent (more than 50 billion dollars annually according to the African Union). Even financing strategies (32 billion of European investments), despite their concessional nature, have had many disadvantages linked to the failure in achieving financial objectives. These difficulties motivated by the European continent with an insufficient absorption capacity of the local economies can usually be explained by the low disbursement rates linked to the incorporation of rigorous conditions preceding first disbursement of the credit loans.

Then, the cooperation strategies have left behind several important areas, such as those strong industrial alliances of complementarity accompanied by massive transfers of technology. As a result, low processing capacity of local raw materials, little added value in the export of tropical products, endemic unemployment and the inevitable emigration. Yet, an organised win-win synergy is quite possible, since Africa has abundant raw materials, a demographic dividend and such a cheap workforce, plus the real growth drivers. Europe, on the other hand, takes advantage of the technology and organisational skills and funding power it owns. Such a partnership would have been an excellent idea for the unemployed Africans and Western consumers provided that the problem of European import standards (real barriers to trade) are soon abolished.

As a third point, the difficulties noted in the finalisation of unbalanced Economic Partnership Agreements (EPAs), despite all European pressures, reflect the advent of a new state of mind on the African side. Europe must be aware of this irreversible new situation. Its 21st century partner represents an uninhibited Africa (take for instance the resurgence of a civil society on the look-out, the recent positions taken by African intellectuals on the CFA Franc, on the slavery situation in Libya and President Macron’s recent declarations). Europe must be aware of this African partner increasingly “courted”, educated and responsible, demanding more justice, fairness and respect in the implementation process of the partnership.

Last point, trust should be restored by finding viable solutions to ongoing litigations: no return of Libyan assets frozen by Europe, Beninese cultural property confiscated by France and badly acquired wealth by those condemned African leaders on European soil.

abidjan Africa EU eurobrics magaye gaye summit 2017-11-28
Marie Hélène
Previous: Petroyuan and Saudi Arabia: From the temptation of the US “Military QE” to the creation of a Middle East 3.0
Next: A roaring 120th: Evaluation 2017, Bitcoin, Israel… Somewhere between dream and nightmare