Home / Home / Accueil / Press release: «Instrumentality of the Euro-BRICS bridging in addressing the challenges of the multipolar world» 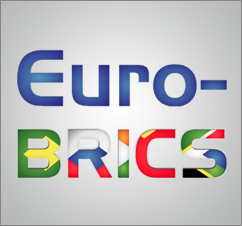 Press release: «Instrumentality of the Euro-BRICS bridging in addressing the challenges of the multipolar world»

The chief objective of the network is to lobby for the holding of the First EuroBRICS Summit. On the basis of the
promising outcomes of the First Euro-BRICS Young Leaders Summit, which took place in June 2015 in Helsinki.
LEAP has decided to hold the Euro-BRICS Youth Platform’s first Strategic Planning Meeting (SPM) in Paris to set
the path for promising future activities. From April 25 till April 30, 25 outstanding young citizens from Europe
and the BRICS will meet for one week, working together in a house outside of Paris, and supervised by six
senior experts.

Goals of the week :

•Political Anticipation: Increasing our understanding of the challenges ahead of the multipolar world
•Defining assets and limitations the Euro-BRICS Youth Platform as a tool to address multipolar world challenges
•Defining the platform’s long-term vision and medium-term goal(s)
•Discussing LEAP’s 2016 priority proposal: Advocating for a Euro-BRICS Summit
•Concrete projects conducted by the Platform to serve our goal(s)
•Defining rules and methods to optimise the Euro-BRICS Platform’s capacity to reach its goals

The results of their proceedings will be submitted in the form of a report during the conference at the Indian
Embassy on Saturday 30, 2016.

Programme of the conference:

•14.30 Opening of the Public conference : « Instrumentality of the Euro-BRICS bridging in addressing the
challenges of the multipolar world » (Embassy of India in Paris)
•14.30 Welcome word, by Marie-Hélène Caillol, President of LEAP
•14.45 Introduction, by his Excellence the Ambassador of India, Dr. Mohan Kumar
•15.00 Addressing the challenges of the multipolar world from the Euro-BRICS angle, by
representatives of the Euro-BRICS Academic board:
. Irina Yarigina, Financial University of Moscow (RU)
. Alexander Zhebit, Universidade Federal di Rio (BR)
. Michael Kakn, Stellenbosch University (ZA)
•15.45 Break
•16.00 Presentation of the main outcome reached during the Euro-BRICS Week in Paris, by the representatives
of the Euro-BRICS Youth Platform
•16.45 Discussion
•17.30 Concluding remarks by Richard Carey, Independent Development Advisor / Former Director for
Development Co-operation at the OECD, founding co-Chair of the ChinaDAC Study Group
•18.00 Welfare drink at the Embassy