The BRICS Summit process was inaugurated in 2009 as a signal that the global governance system of the future would need to be constituted to reflect a politically diverse, multipolar world. At this same moment, the crisis-driven creation of the G20 Leaders forum put the evolution of such a new global governance system on fast forward. As the G20 and BRICS Summits of 2016 approach, understanding the role and influence of the rising powers and the related structures and associations which have been formed and promoted will be key to mapping and accelerating future global development and cooperation progress.

While the BRICS’ (Brazil, Russia, India, China and South Africa) economic story has shifted dramatically since 2009 and there is today a new global context of geopolitical, economic and financial uncertainties, the BRICS as a political-economic association continues to move forward. Most concretely, there is the institutionalised financial capacity in the form of the BRICS New Development Bank (NDB) and the Contingent Reserve Arrangement (CRA). Less noticed but more fundamental, is the ongoing programme of policy consultations and cooperative endeavours across a wide range of public policy issues. A BRICS Strategy agreed at the BRICS Summit in Ufa hosted by Russia in July 2015 sets out the purpose and scope of the BRICS economic partnership. A jointly produced publicly accessible BRICS website is being set up and the possibility that it might become a virtual secretariat is under study. The 8th BRICS Summit will be held in Goa, India, in October 2016, following on from the G20 Summit in September, hosted by China in Hangzhou.

The G20 and the BRICS are symbiotic processes operating in an informal space outside of the post-Second World War global governance framework. The BRICS strongly support the G20 and its self-proclaimed role as the world’s premier economic governance forum. They are also active supporters of the major UN-led Sustainable Development Goals (SDGs) and climate change agreements of 2015. Apart from Russia, whose almost complete application process to join the OECD was suspended following the 2014 events in Ukraine and Crimea, they are ‘Key Partners’ of the OECD, involved in high-level meetings and a wide range of policy cooperation and are full members of the OECD Development Centre. Hence the BRICS as a political-economic association can be seen as nested within evolving international processes for treating the global governance and shared public policy issues of the highly interdependent multipolar world of the twenty-first century.

How the BRICS are challenging a US-led world order

At the same time, a fundamental systemic objective of the BRICS Summits has been the reform of voting power in the Bretton Woods institutions. The BRICS have indeed operated a ‘challenge function’ in the international arena. With the implementation of the International Monetary Fund (IMF) reforms following the passage of authorising legislation by the US Congress in December 2015, the long delayed process of adjusting these voting powers to reflect new relative weights in the global economy has now begun. Significantly, the US Secretary to the Treasury felt it necessary to affirm that the reforms ‘reinforce the central role of the US in the global economic system and demonstrate our commitment to maintaining that position’.
The very existence of the BRICS presents an implicit challenge to the US-led world order but without direct confrontation.This strategic and tactical ambivalence is evident in successive Russian concept notes on the BRICS. The formation of the BRICS Summits was in fact a Russian initiative. It was launched in New York in 2006 at a lunch meeting of the RIC (Russia, India, China) club of foreign ministers, to which Brazil had been invited. South Africa joined at the third BRICS Summit meeting in Sanya, China, in 2011. Although the annual BRICS Summit Declarations have a strong geopolitical content, with assessments of current crises and faultlines around the world, the BRICS Summits are not a major forum for arriving at common positions or mutual support on these frontiers. The diplomacy on these questions is conducted by the individual BRICS countries in the context of other arenas and relationships.

The active common endeavour of the BRICS is the New Development Bank (NDB), which has been designed as a shared enterprise to finance major infrastructure investments in the BRICS themselves and in Africa. The NDB can be expected to be a conduit for BRICS influence on development – the BRICS are largely absent from the financing of the established multilateral development banks, UN agencies and the various problem-focused funds that have been inspired by developed countries. While setting out to be different and innovative, reputational factors will bear on policies and operations. The initial NDB projects focus on renewable energy.
The Shanghai-based NDB and the Beijingbased, China-led Asian Infrastructure Investment Bank (AIIB) have already exerted competitive pressures on the established institutions, even if unacknowledged. The Chinese official record of the Xi-Obama Summit of September 2015 provides an account of an agreement that US action on the reform of the Bretton Woods institutions would be accompanied by a readiness on China’s part to (a) ensure that new multilateral financing vehicles it promotes, currently and in the future, would embody the professionalism and standards of existing multilaterals, and (b) participate meaningfully in the funding of the established multilaterals.
Hence the impetus generated by the initiatives from ‘outside’ the system is setting in motion a convergence dynamic within the enlarged multilateral development financing system, with push and pull forces and reputational incentives that will hopefully work to raise performance on all sides. Within such a dynamic, China, India and Brazil will bring their development experiences and lessons of the last 30 years, with ambitions, concepts, vocabularies and heterodox policies that lie ouside of the boundaries of the conventional recipies for ‘normal’ convergent growth and poverty reduction. The AIIB has announced an initial set of projects to be co-financed with the Asian Development Bank, the World Bank and the European Bank for Reconstruction and Development, which are in line with China’s One Belt, One Road (OBOR) Silk Roads initiative, a coordinated strategy of extensive multilateral and bilateral cooperation and diplomacy, extending from the development sphere to security, the digital economy, media and culture.

The new shape of global governance in a multipolar world

The BRICS process includes an extensive programme of mutual learning activities, via ministerial and expert bodies that meet to exchange experience and sometimes to work on joint projects of cooperation with a framework now provided by the BRICS Strategy agreed at the Ufa Summit in 2015.
The BRICS Strategy positions the BRICS as a platform ‘to promote peace, security, prosperity and development in a multipolar, interconnected and globalised world’. At this level, the issues and language of the BRICS programme are not confrontational, indeed there is strong advocacy for a cooperative international system and the agenda echoes in large part the issues on the current agenda of the G20, the UN and the OECD. The multipolar nature of that international system is what the BRICS are working to emphasise and that is what constitutes the geopolitical significance of the BRICS as a politicaleconomic association.

India’s Prime Minister Modi has underlined the logic and lasting capacity of the BRICS in this sense and announced that under the Indian Chair the theme for the BRICS Summit in Goa will be Building Responsive, Inclusive and Collective Solutions (BRICS) prepared via the ongoing programme of policy consultations and cooperation and academic forum and cultural, sporting and youth events. It echoes the UN 2030 Agenda for Sustainable Development with its universal character. Meanwhile, President Xi Jinping has announced the theme of the G20 Hangzhou Summit as Towards an Innovative, Invigorated, Interconnected and Inclusive World Economy, which also reflects the current agendas in other international processes. In 2017, China will take on the leadership of the BRICS.
A new shape of global governance, in which the G20 and the BRICS processes operate in an informal space, at Heads of State level, using similar modalities of a rotating chair, a large programme of sectoral and thematic work, and a public website is emerging and through which the BRICS are establishing their influence and legitimacy. This is set against a larger geopolitical canvas of current conflicts, frictions and encounters, as seen in the Ukraine, Syria and the South China Sea and larger shifts in the global economic and demographic landscape.

The South-South frame of reference holds continuing power for the involvement of China, India, Brazil and South Africa in the development cooperation field (history and current politics exclude Russia from the South-South framework). Emerging from the Bandung conference in 1955, the SouthSouth narrative is based on ‘mutual benefit’ and is not concerned with wealth transfers but with the exchange of experience and knowledge. This stands in marked contrast with the OECD-DAC frame, in which aid is a welfare transfer evidenced in budgetary costs. Internationally, this latter construct and its associated obligations and measurement remain basic political reference points with historical and current resonance. Thus the North-South paradigm has not lost its significance even as economic categories have become much less clearcut. China has established two new South-South funds and new academic centres for development strategy and learning and South-South Cooperation. South-South thinktank activity is now also extensive. Despite the existential gulf in concepts, vocabulary, measurement and visions between North and South, the scope for mutual learning and practical interaction on the ground is increasing and pursued through a number of emerging global partnerships and coalitions.
The decision at the Ufa Summit to launch meetings of senior BRICS officials responsible for development cooperation could produce important new thinking about the role of BRICS countries in this area under the chairs of India and China in the coming two years. The articulation in the BRICS Strategy document agreed in Ufa in July 2015 of ‘connectivity’ as a development vector owes much to China’s OBOR initiative. The Ufa Declaration proposes that the OBOR, the Shanghai Cooperation Forum and Eurasian Economic Union strategies should converge, creating a new development dynamic in a troubled region. India and Pakistan are now both members of the Shanghai Cooperation Organisation. China is also actively promoting extensive geo-economic strategies with other regions – Africa, Latin America, the Middle East – linked to its own structural transformation, moving beyond traditional South-South modalities to inject major financial flows from its policy banks and investors. And India’s development partnerships and modalities are assuming a more strategic character.

Current contexts and the future role of the BRICS

2. Political: There are powerful expressions of pain across many G20 and BRICS countries from groups who feel left behind or insecure in a globalised, technologically dynamic economic process. Migration dramas, financial system scandals and sophisticated tax avoidance practices, and rising inequality add to the sense of insecurity and injustice. Geopolitical contestation and conflicts and another era of military competition and nuclear weapon technology add to anxieties.

Policy recommendations
The following sets out a number of recommendations for BRICS and G20 policymakers as well as more developed country policymakers around the key contributions that the G20 and BRICS Summit could make to efforts to ensure more effective global governance, global development and cooperation.

• Demonstrate and recognise that a politically diverse multipolar global governance system is both functionally essential and culturally enriching and points towards a world of strategic cooperation and away from strategic competition.

• Advance the universal implementation of the 2015 UN agreements for sustainable development and climate change.

• Promote and recognise that development programmes for connectivity infrastructure must be taken to scale within and across regions in order to deliver the UN 2030 Agenda.

• Promote and recognise in this context that the emergence of effective, accountable states is a vital common interest and an area for cooperation, with strengthened support for peace-building and peacekeeping accompanied by regional economic initiatives.

• Encourage and recognise the role of South-South Development Cooperation, with emerging countries as important providers of ideas and experience and increasing interaction with the development programmes of OECD-DAC countries. 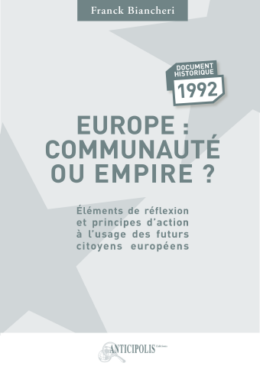 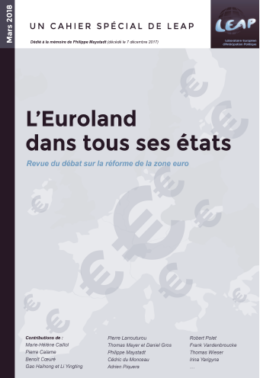 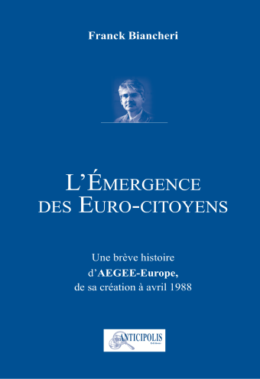 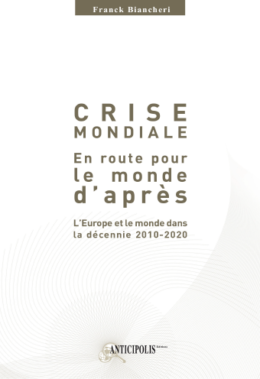