Home / EU-World / Reform of Global Gouvernance as a matter of urgency – The Euro-BRICS rapprochement at the service of the system’s upgrade or as a matrix of a new model ?

Reform of Global Gouvernance as a matter of urgency – The Euro-BRICS rapprochement at the service of the system’s upgrade or as a matrix of a new model ?

Chinese translation of the Strategic Note

Portuguese translation of the Strategic Note

Russian translation of the Strategic Note

The crisis of legitimacy faced by the institutions of the global governance system set up after 1945 is resulting in the collapse of the old framework of international cooperation, with apparently nothing ready to replace it, besides a myriad of more or less successful regional integration projects. The supra-national regional entities that are currently being forged, created in a context of increasing emergency, are indeed the building blocks of tomorrow’s multipolar world. These integration processes are certainly a necessary step, but without a new “global” governance framework, capable of harmoniously combining these new components, conflicts of interest will soon oppose them and will quickly lead the world into the logic that prevailed in Europe in the late nineteenth century and the first half of the twentieth century.

Today everyone can see these tensions mounting between blocks on the themes of access to commodities, trade, currencies,.. putting high pressure on the fragile world peace and endangering the impressive development of emerging powers and the long period of prosperity of Western powers.

The next G20 to be held in Saint Petersburg in September is the next opportunity that the world gives itself to find solutions to the growing difficulties facing its equilibrium. But time is running out…

In March 2009, based on three years of accurate anticipations on the global systemic crisis, LEAP/E2020 called on the G20 leaders to rally forcefully in favour of bold reforms addressing the root causes of the crisis. This open letter’s principal recommendation signed by our late-lamented director of studies and strategy Franck Biancheri with full page publication in the Financial Times International Edition, focused on the reform of the international monetary system, considered key to the crisis.

Since then, LEAP has repeatedly stated that “the US dollar and the United States’ economy were no longer able to be the pillars of economic, financial and monetary world order” and it was a matter of “creating an international reserve currency (which could be called the Global) based on a basket of currencies matching the world’s major economies”.

Since then also, LEAP has continued to contribute to creating the conditions for the initiation of such a reform: the G20’s identification, amongst all international bodies, as the appropriate platform; targeting the G20 as the most likely to adopt “courageous” agendas (those welcomed outside the western zone especially); launch of a strategic rapprochement programme between the Eurozone and the BRICS with the aim in particular of creating the conditions for a new decisional balance at the core of the G20, etc.

Within the framework of this Euro-BRICS project initiated in 2010, LEAP organises high level seminars involving academics and senior officials from the Eurozone and the BRICS; the publication of reports, summaries and strategy briefs; “lobbying” work with the governments involved designed to introduce this strategic Euro-BRICS theme and especially to advance the idea of a Euro-BRICS Summit, the principal recommendation from the 4th seminar held in Cannes in September 2012.

Consequences of international institutions’ disintegration on the Euro-BRICS project

Until now the Euro-BRICS project clearly wanted a contribution to the putting in place of strategic reforms within the current framework of world governance. In this sense, the seminar held in Moscow on the 23rd-24th May last was seen in the context of the G20 at St Petersburg in September 2013 in order to provide a basis for recommendations to the G20’s Euro-BRICS leaders on a range of topics identified as priorities, such as currencies, trade and energy.

But between 2010 and 2013, the global governance bodies’ collapse in credibility in solving/preventing crises has only strengthened and the G20 itself appears increasingly less relevant as a launching pad for fundamental change: even if the direction initiated in this context gives some hope, the speed of change is too slow compared to the crisis’.

Thus the Moscow seminar has enabled the mark of a turning point for the Euro-BRICS project. Throughout the discussions the question has been: are the institutions of global governance, theoretically in charge of managing the crisis affecting the world for the last five years, structurally capable of undertaking the necessary reforms to create the conditions for an improvement in their effectiveness?

Can the international institutions be reformed? Is it worthwhile reforming them?

Throughout the two days of discussions, this nagging question had two highlights. First of all when it appeared that China, a major champion of international monetary system reform since 2009, but still remaining in favour of such a solution still considered as the “ideal solution” had, in fact, withdrawn from the battlefield to focus on its strategy of bilateral swap agreements, a strategy having, of course, the major advantage of giving it free rein. Rather than tilting at windmills to get a proper reform depending on the agreement of powers who don’t want to go in this direction, China has therefore opted for an off-topic strategy towards a monetary organisation which is less good, less comprehensive, but realistic.

The other point concerns the famous reform of the UN Security Council, global governance’s holy of holies inherited from the aftermath of the Second World War, a debate on in the national institutions’ reform which won’t go away. In response to the question “can the UN Security Council be reformed?” everyone finally agreed that the answer was “no”. Worse: it is less likely today than in the past. For example, the virtuous effect of creating an EU seat instead of British and French seats on an overhaul of the number and distribution of seats seems today, when the United Kingdom is planning more seriously to leave the EU, much more difficult to achieve than in the past… and in fact impossible.

The third point concerns international institutions’ structural obsolescence: in the age of the Internet, remote working, hyper-mobility,… the heavy industry of yesterday’s centralised global government based on clustering tens of thousands of civil servants in huge buildings, is de facto completely outdated and inadequate to meet the challenges of the governance made eminently more complex than 80 years ago due to its multipolar character especially. Supple, quick-acting, flexible, multifaceted, light, will be the key words for the world governance and international institutions of tomorrow, even if the Security Council opened its doors to Brazil and / or India, it will struggle to adapt to these new constraints.

These considerations have led to splitting the Euro-BRICS’ objective into two:

– first, the Euro-BRICS project will continue to produce thoughts on possible reforms and ways to implement them for the G20/Euro-BRICS leaders’ benefit

– and on the other hand, the Euro-BRICS project opens up a whole new area for action/thought based on the idea that the partnership between the Eurozone and the BRICS can serve as a template for a new global governance.

In both cases, getting a Euro-BRICS Summit between now and 2014 is considered key, towards which LEAP, in partnership with the MGIMO and the core of the Euro-BRICS network built up over these four seminars, intends to use much of its energy.

The Euro-BRICS as the matrix for a new world governance

This concept of a matrix for a renewed global governance is fruitful. By way of proof, apply it to monetary reform. Rather than calling for the creation of a global currency with no discretion to impose it, create a Euro-BRICS currency (or even just an index) between Europeans and the BRICS based on our six currencies (Euro, Rand, Real, Renminbi, Rupee, Rouble) coordinated by a Euro-BRICS monetary secretariat. This flexible currency/index, could be used by those economic players who so wish. A currency/index which upsets no one but which could quickly prove its stabilising power. This template currency/index could be designed from the outset as able to be expanded to other currencies following strict conditions and being designed to be transformed in due course, if it proved its usefulness, into a global currency.

As regards trade, one could imagine the creation of a Euro-BRICS trade facilitation secretariat and avoid the rat of a free exchange partnership which nobody wants and yet continues to be imposed in the ordinary course of globalisation. For example in terms of energy, a Euro-BRICS framework agreement inspired by the ECSC could be negotiated.

These few practical steps allow one to see that the Euro-BRICS partnership can provide a space for combined decision-making freedom in a huge area for truly effective action for the construction of a new framework of global governance. The Euro-BRICS aren’t the whole world but they make up a not-insignificant part by their demographic numbers, their close fit with each other, their diversity, their common interests and destiny, the areas for exchange and the flows they represent – it’s not the BRICS alone and even less so the Eurozone alone. The Euro-BRICS can therefore be the laboratory of a new global governance, quickly transforming decisions into action which the institutions of the 20th century are no longer capable of doing-establishing themselves solely by the effectiveness of their solutions in contrast to the do-nothing attitude prevailing elsewhere.

A matrix of this type is able to lead the world towards a model of modern governance, supple, capable of integrating the vast diversity of national and supranational entities which have covered the world these last few decades, a decentralised model running on the basis of all these entities being connected with each other ad hoc via simple secretariats or agile authorities coordinating a particular subject, a multi-faceted networking of all of the new pillars of today’s world.

This document is the sole responsibility of LEAP2020

RECOMMENDATIONS TO G20 LEADERS, PRIOR TO ST PETERSBURG SUMMIT

Chinese translation of the Strategic Note

Portuguese translation of the Strategic Note

Russian translation of the Strategic Note 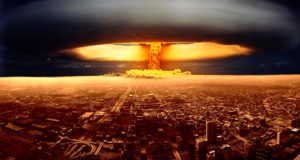 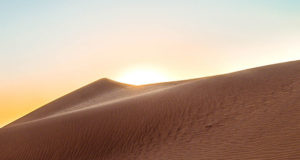