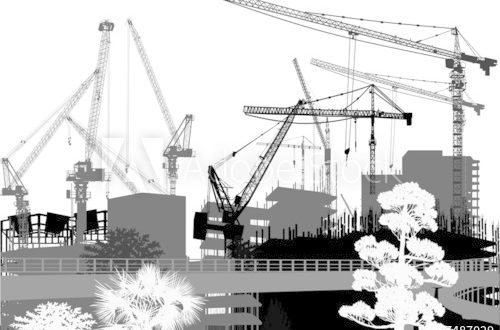 The identification of these 10 areas of reflection results from discussions conducted since a few months by LEAP in partnership with AEGEE-Europe in the framework of the launching of Project Europe 2040.

The big difference between the European project seventy years ago, or even thirty years ago, and the Europe2040 project today is that Europe is no longer a horizon, because the horizon is now the world. The major social issues are global: control of the global economy giants; invention of sustainable economic models; reinvention of global governance; management of natural resources; reform of the international monetary system; reduction of inequalities; stabilisation of populations etc. There is a long list of major social issues that have nothing national or European about them. Accordingly, the question we ask ourselves is: ‘Are we better positioned on the European level or on the national one to reach out to this new horizon?’ The answer seems obvious (Europe). And yet, over the past decade, Europe has given us reason to doubt this fact. Let’s take this opportunity to start from this objective view of Europe and draft its new phase of development: what place and what role is there for Europe in the world? So enthusiastic debate for the youth, LEAP has tested it for you!

The phrase ‘in a positive way’ obliges us to redefine our common values, such as peace, shared prosperity, democracy, humanism, sustainability…

The word ‘Europe’ opens the door to reflection on the specificities of European added value to global challenges, reaffirming our values, but also our principles of positive diversity, common cultural and historical heritage and, more generally, our specific contributions to the global, political, economic, social and technological system.

The phrase ‘at the global level’ reaffirms that the next chapter of European history cannot be written without having the global context clearly in our minds.

The ‘again’ recalls that, until the beginning of the 1990s, Europe presented to the world a convincing original model (with Erasmus, its model of regional integration, its democratic principle and its goal of peace) and that we need to ensure that it glows again.

On the basis of these preliminary considerations, 10 paths of reflection for a Europe 2040 project could be drafted.

Culture: Europeans must re-anchor themselves in their historical and cultural heritage

The last thirty years of European construction have erased rather than valued the specific cultural contributions of each Member State (note that on euros – both coins and notes – no way has been found to present the great characters or monuments of our shared history[1]). This is one of the reasons for the people’s rejection of the European project. While the USA has built itself on a blank page, European integration is just another phase in the assumed history of its constituent members.[2]

Diversity: Europeans must prove by experience that blended diversity is richer than organised uniformity

For this, Europe must rebuild itself specifically on its linguistic diversity, the valuing of difference and the blending of complementarities… It is only through this that it will come up with a sustainable model likely to attract its populations and inspire other parts of the world, such as India or Africa. New technologies are here to help. We will see later how the return to the principle of linguistic diversity is also a way of repositioning Europe as a hub of the planet, rather than the cul-de-sac of the Anglo-Saxon world it has become in the last thirty years.

Youth: Europeans must include young people in the construction of the future, of which they are the principle owners

The typical 21st century reversal of time requires decision-making systems that better integrate the future, and therefore young people, into resolutely transgenerational approaches. No more ‘Europe of Youth’ where young people face-palm at the statements of the oldies! No more youth forums apart from the major meetings. Generations must work together to combine the added values ​​of their generational characteristics.

Democracy: Europeans must have the ambition to invent and put in place the principles and mechanisms of democracy in the 21st century

The challenges facing the democratic principle in the 21st century are about resizing: rising to supranational levels of governance, integrating population sizes that are out of proportion to what has been known, integrating new levels of diversity (linguistic, ethnic, confessional…) and deepening the involvement of these populations in decision-making processes. Technological tools exist today to meet all these challenges. It is urgent to ‘uberise’ our democracies. Europeans would certainly be proud to be at the forefront of such progress!

Education/Information: Europeans must create the conditions for an upgrade of the actors of their democracy

Today, it is not only Africans who do not have the education level required to ‘have the right to democracy’. Americans and Europeans are seeing their democracies falter with their disconnection from the immense technological and geopolitical reconfiguration of the world. The world has changed so much that the static actors of our democracies are no longer up to their task. Education and information are at the heart of this upgrade, which should enable citizens, journalists, politicians… to process at least tenfold the quantity and diversity of data so as to claim mastery of the extreme complexity of new realities.

The number one objective of European construction is peace. But we also know that it is the favourite slogan of all dictatorships.[3] It is this paradox that Europeans must not lose sight of, constantly reinventing the conditions for a harmonious coexistence of nations without derogating from the principles of freedom and democracy. It is in the resolution of this paradox that the durability of invented solutions lies. Given the great tensions in European and global societies, it is time to start again from this primary objective to think about the next European edifice.

Humanism: Europeans must reaffirm the centrality of humans in the natural and technological environment

At a time when the human being is perceived as the source of all problems (environment, wars…) and quite profitably replaceable (AI, transhumanism…), resulting in the immense loss of a sense of progress we know, Europeans could do something useful by quickly putting back into fashion the humanism they invented and promoted during the Renaissance and the Age of Enlightenment.[4] This is a huge project of reflection/action to reverse a dramatic trend through concrete measures, requiring a broad mobilisation of educators, politicians, scientists, sociologists, economists. The challenge is the control of the powerful technological tools developed by scientists over the last fifteen years. Something to keep us occupied for the next 20 years!

Environment: Europeans should take back their No 1 title as inventors/promoters of a sustainable economic model

China has taken up the torch of the fight for the environment. Just look at the number and price of the electric vehicles that the Chinese are currently buying (€7,500! [5]). Meanwhile, Germany has reopened its coal mines and Macron has had to back down on the diesel tax… For Europe to become a source of inspiration abouth the environment, we must address the issue of means (ecological transition is expensive), that of imagination (we talk about the invention of a new economic model – not based on material growth) and that of political will (very big Western interests are not ready and are blocking the process). But let’s be very clear: only the economies of the countries/regions that have resolutely embraced the ecological transition will count in the 21st century!

Cities: Europeans must set up their network of cities and include it in the governance architecture

Cities are emerging as full players in governance. Managing populations of the size of countries, they constitute a close link to the citizens and an absolutely unique social technological experimentation. They also have the advantage of not being in competition with the states since they do not manage territories, but population hubs. Taking them more fully into account and organising them into a European network will make it possible to superimpose a network map of city points, that cross borders more naturally,  on to the patchwork map of country blocks. Europe would thus reconnect with a characteristic of its pre-nineteenth century geography. Cities, even more than countries, have invented European history. A European network of large cities will also connect easily to major cities around the world. Finally, it is at this level that major issues related to the concentration of very large populations are located.

Finance: Europeans must create financing tools that match their ambitions

If Europe is disappearing from the world’s radars, it is because it has failed to create financial tools adapted to its size and ambitions. Whether in terms of fiscal capacity, financial tools in euros (places, bonds, banks…) or internationalisation of its currency, there is still much to do for Europe to be able to finance the shared infrastructure it needs to run its economies and stop the bleeding of European inventions to American and soon Chinese businesses. European GAFAM, space exploration, research, smart-cities, new technologies, modern transport, nature preservation… To be visible again, Europeans will first have to find the means to become so.

[1]      On this, we are often told that it was impossible that the States agreed together. It is obviously not the States that should be involved in this, but the citizens directly, by launching a large poll like: Name three important characters of European history/culture who were not born in your country.

[2]     Europeans could, for example, organise themselves to reclaim and protect their heritage from the excesses of an out-of-control tourist industry. Exchanges of experience around the superb British model of the National Trust would also be welcome. Source: BBC, 23/09/2017

[6]      You should definitely read the report which presented this image. Source: PBL Netherlands Environmental Assessment Agency