Home / Home / Accueil / 2016-2020 – Birth of global governance alongside the emergence of a new currency: new SDR paves the way to Globalisation and impacts the American dollar (Excerpt GEAB September 2016) 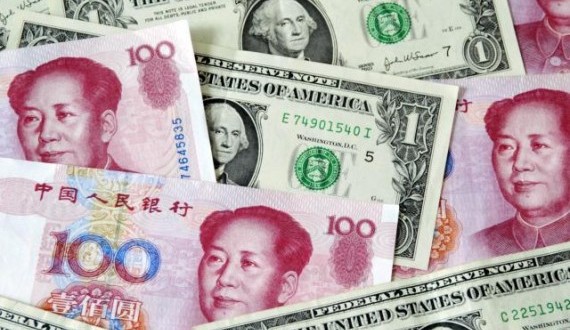 2016-2020 – Birth of global governance alongside the emergence of a new currency: new SDR paves the way to Globalisation and impacts the American dollar (Excerpt GEAB September 2016)

The world has been seeking a substitute for its reliance on the dollar since 2008. The dependency has been so strong, that it has taken almost a decade for a solution to be drafted. Strangely, this solution came from an institution perceived by some as obsolete, until China took the trouble to bring it back in from the cold. After long delays over the fate of the international monetary system, it is ultimately an old tool created by a Washington institution (the one tool which looks the most like a global currency, by the way), which will cure the sclerosis of this dollar-based world, so long analysed in these pages. We are bringing to your attention the IMF’s Special Drawing Rights (SDRs), which now have the potential to rebuild the international monetary system, and even have far greater implications in the reconfiguration of our multipolar world.

The GEAB, LEAP’s confidential letter is a monthly bulletin available under subscription. Its contents are not made available to the public until three months later. We offer you the access to this exclusive article from September’s bulletin (GEAB n°107). If you want to read our articles in real time, subscribe to the GEAB!

The SDRs: From a Tool of Western Domination to a Global Currency

When a basket of currencies contains only the dollar, the euro, the pound and the yen, it can hardly reflect the global economy of the twenty-first century. Yet, it is precisely with this basket that the IMF still claimed to be international. SDRs were created in 1969 and were supposed to stabilise the international monetary system by serving as a reserve “currency” in addition to the dollar and gold (which were unable to meet global demand), allowing monetary exchanges between different countries[1]. In 1971, the collapse of the Bretton Woods system occurred, and the SDRs never really played the central role for which they were designed. However, by including only Western currencies, they have become incompatible with the global economic realities of the 21st century.

But after intense negotiations and despite the prolonged stalemate induced by the United States[2], China has finally succeeded in adding the yuan to the SDR basket of currencies; just as we predicted. On October 1st, the SDRs will therefore consist of five currencies, with the proportions highlighted in the following chart.

It is worth spending a few moments on this chart. The dollar is obviously still overrepresented and its proportion has barely changed. The yuan has dropped in to the detriment of the three other currencies; especially the euro[3], whose overall share has reduced from 37.4% to 30.93%. Europe has once again had to be the one to compromise. If the weakness of the European leadership can at least serve the peaceful transition to a multipolar world, this reduction in the European proportion would not be in vain. We can imagine the compromise behind the scenes, where it was politically impossible to hit the dollar in an institution located in Washington; needless to say that it happened at a moment when the Eurozone and the UK were not in a position of strength. The Chinese, as usual, show their diplomatic strength. They know now that they have one foot in the door, so the adjustment will occur naturally: ultimately, the currency basket cannot reflect anything else than the economic power of the currencies. Thus, common sense will be enough to impose a new gradual distribution of currencies, more in line with the evolving global reality.

In order to stir-up interest, a revival of these not-quite-used SDRs was compulsory. Having the yuan incorporate an international monetary tool is certainly a good thing, but it would be even better if this tool had real weight in the global economy. The timing clearly highlights the Chinese strategy: less than a year after the yuan is officially proposed for the SDRs basket (right before the G20 summit, and more or less at the time of the actual entry of the yuan in the currency basket[4]), the first bond denominated in SDRs[5] is, surprisingly, issued in Shanghai[6]. Naturally, the operation (the first of a planned series) was a real success. Besides offering more colour to the SDRs, these bonds serve a second purpose: by forcing creditors to accept the yuan in their portfolio, the credibility and the internationalisation of the yuan grows (which is a further main point on the monetary Chinese strategy plan[7]). Although the total amount of 2 billion SDRs planned for this bond issue may seem small, it must be compared to the 204 billion SDRs issued since the IMF was created[8] (183b of which were in 2009 alone). The trial run represents about 1% of all issued SDRs ever … At this rate, we can expect a rapid revival of this monetary tool.

From a G20 to a Real World Governance

The IMF is not the only one gaining momentum under this Chinese surge. Knowing how frightening a vivid demonstration of Chinese power would be to the world (which is the last thing China really wants), China strives to become integrated into existing “international” governance tools. These tools are adapted by this country to the nascent world, and then they become truly global. For example, the World Bank which is behind the SDRs bond issue is legitimising an operation clearly perceived as an attack against the supremacy of the dollar[9]. Thus, this Washington-based institution has visibly chosen its camp.

The same goes for the G20. Even though it might seem an imperfect mirror of the world, by integrating others, most notably the BRICS and other emerging countries, it has become more representative than many other Western world bodies. Also, the press releases are no longer dictated by the United States alone. During the Summit of Hangzhou, it was decided to increase the importance and use of the SDRs worldwide[10] (which would obviously have an impact on the dollar). Further to what we said earlier about the bond issue, we can speak loud of the emergence of a new currency, the SDR (called “Global” by the GEAB as early as 2009), which will make its first real steps by 2020. The usual criticism on a possible inflation risk[11], coming mostly from Germany, the next host of the G20 summit, will not be credible enough in the current deflationary Western context. Therefore, the solution offered by the SDRs is likely to become sustainable.

In Hangzhou, investments in infrastructure and innovation were also seen as main topics thanks to a revival of public expenditures, and also the moderation of monetary quantitative easing policies. Thus, more money will be poured into the real economy and not just into the financial world. The famous sentence “monetary policy alone cannot lead to balanced growth” is nothing but a setback for the Western central banks.

In short, the agenda of the BRICS is making slow but sure steps in the framework of this respected global body. A sort of global governance was born during the last G20 Summit with its “ministries” coming from revitalised old institutions: The World Bank, the IMF and perhaps also the UN … This transformation of these old institutions allows China and the BRICS to expand their interests, while Europe manages to free itself from the US yoke without any direct confrontation. Moreover, no particular waves would be provoked at a global level. And, above all, this would nourish the peaceful transition towards a multipolar world. We judge that this is one of the reasons (besides excessive world quantitative easing operations) why stock markets are disconnected from the real economy: the financial markets are nothing more than a casino, while the real solutions are elsewhere, for example on the side of the “new Silk Road” or of the Asian Investment Bank for Infrastructure (AIIB). By the end of 2016, the latter will most probably have succeeded to rally a hundred countries [12](!).

Figure 3 – In blue, the current 57 members of the AIIB. Source: Wikipedia.

Despite the difficulties of the Eurozone and the un-weaving of the European Union following Brexit, we anticipate, paradoxically, a strengthening of the regional groupings, in particular monetarily. Indeed, if SDRs become a global reference currency, countries will want to be part of them so as to be able to weight a little. But how to be part of this monetary basket? The only solution is to have a sufficiently powerful currency. So, unless your name is China (or soon, India), you need to seriously consider joining a group. This is why this topic is recurrent on the table for ASEAN, Africa and MERCOSUR[13], and has been discussed for a while within the Gulf Cooperation Council[14]. Recent developments in the SDRs field will greatly hasten any negotiations. The very survival of the BRICS might by the way depend on the integration of their currencies (or their future monetary union currency) in the SDRs basket.

There is a second reason why we anticipate these regional groupings will form: not all world currencies will be included in this reference basket. The G20 countries who run our “global governance” must acquire as much legitimacy as possible, and represent their entire region. Thus, blocks will occur (the process is already well on the way). They will be organised around major countries which are highly represented in global institutions.

In this reorganisation of the world, Europe will have a say, if only by its unique integration experience (future monetary unions and regional groupings will be able to learn from European mistakes, but also from its successes; something we should not be afraid to highlight).

Thus we see the impact, one that is relatively slow but deep, of the implementation of the SDRs. The dollar, exhausted by its disproportionately high responsibilities, will be replaced as the world reference currency. Global financial stability will increase. The world will become organised into regional groupings in preparation for emerging multipolarity.

[2]     Their failure to prevent the inevitable (while they had a veto right within the IMF) is one of the relevant signals of their decreasing influence … or the efficiency of Obama’s administration to start the mutation of the country.

[4]     Only on October 1st will the Chinese Renminbi be integrated into the IMF’s reserve currency basket. Source: Bloomberg, 05/03/2016

[5]     To be more specific, it is not the IMF’s SDRs which are used here (since they are not used by private investors), but a financial vehicle imitating the SDRs.

[10]    Source: G20, 06/09/2016. «Following the IMF’s decision, we welcome the inclusion of the RMB into the Special Drawing Right (SDR) currency basket on October 1st. We support the ongoing examination of the broader use of the SDR, such as broader reporting in the SDR and the issuance of SDR-denominated bonds, as a way to enhance resilience. In this context, we take note of the recent issuance of SDR bonds by the World Bank in China’s interbank market. We welcome further work by the international organizations to support the development of local currency bond markets, including intensifying efforts to support low-income countries. »