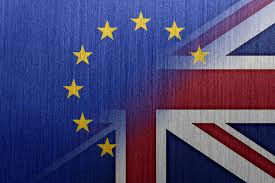 The Lessons from Brexit (by Henri de Courtivron)

The recent episode of Brexit emphatically highlighted many weaknesses and shortcomings which demonstrate that neither economics nor politics is an exact science – starting with the economic commentators, who, in their vast majority, asserted that the Brexit will not happen, supported in this belief by polls, which also, overwhelmingly, presaged a defeat for Brexit supporters. The result is as we know it; journalists were very quick to predict an impending disaster for the United Kingdom, although the impact of Brexit was inevitably mitigated by the fact that the British decided to exit that which they had never completely entered. Again, the doomsayers were mistaken and the United Kingdom did not collapse. But commentators believe that it won’t be long and the British will certainly not get away so easily.

But it is ignorant of us to think that our British friends will not mobilize all their pragmatism, dynamism, sense of their collective best interest, and they will not react positively to ensure their country a satisfactory economic development in the context they have given themselves. After all, for now their economy remains on track, only the real estate prices are declining in London, but after skyrocketing in recent years, the damage is minimal. Regarding relations with the European Union, we can be confident of their ability to negotiate and defend their common interests, as they always did when they were members; make the best possible use of their relations with the Brussels authorities and obtain, as they have always managed, exceptionally favorable treatment for which they have the secret recipe.