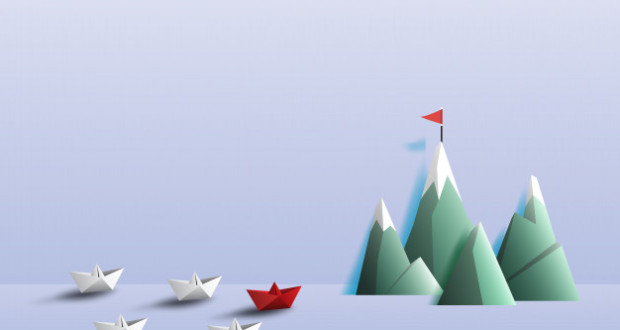 A careful analysis of the history of Political Anticipation has conducted LEAP to identify three prerequisite combining into the predictive capability of Biancheri[1]: goal, network and will.

This “Lesson of Political Anticipation” is about the first prerequisite: “Goal, a harbor in mind”

It can be estimated that since he created AEGEE-Europe, but more clearly since he contributed so significantly to the adoption of the ERASMUS programme, Biancheri knew what he wanted, he had a clear vision of the general goal he was pursuing, which can be summarized as follows: “I want a Europe whose political orientations can be influenced by European citizens”; or even simpler:  “I want a democratic Europe”.

Defining one’s goal is also a sound exercise. For instance, some large public institutions have a tendency to apply strategies aimed at self-survival rather than pursuing the goal they were created for. One of the most obvious examples of this sort of deviation is provided by NATO. But in fact, nearly every institution/organisation suffers this syndrome.

Interestingly, by duplicating the same clarification of one’s goal to the private sector, it might appear that companies too, which intuitively seem more legitimate in pursuing self-survival goals, would gain from switching to mission-oriented goals.

This “longing” of the goal  de facto creates a projection in the future. When Biancheri was 22 starting his AEGEE-Europe organization (1985), he probably thought that the future was an empty land of opportunities. But having seen the difficulty in being heard by policy-makers on the occasion of the ERASMUS action, having experienced the technical and political hardships of conducting a trans-European campaign in the 1989 European election, and having analysed the risks of diversion of the European construction entailed in the Maastricht Treaty, it is certain that in 1992, Biancheri knew that his “vision of a democratic Europe” required an understanding of time-scales and a great humility in their face. Hence the goal-related projection into the future is soon followed by the awareness of time-related parameters of the goal’s fulfilment.

The measured period of time that sprawls between now and the fulfilment of the goal then appears as both an obstacle and an ally: an obstacle in the sense that it is an unavoidable wall separating the individual from the fulfilment of his desire, requiring patience; an ally because this period of time is what is needed for the individual to implement his strategy, requiring action.

This originally void period of time therefore fills itself with ideas of actions designed to pave the way to the goal – more densely in the near future. But in the process of pro-actively filling it in with projects, this time-length also fills itself with data. For instance, events are scheduled according to a number of considerations such as: vacation or no vacation, parliamentary agendas, media presence related to bigger events, expressed political priorities here or there… For our scheduled actions to increase chances of success and influence, they need to take into consideration a future environment – analysing the best location, time and subject according to a given environment that spreads into the future and requires to be explored.

In parallel to this action-related filling-in of the future, and as experience piles up (successes, failures and the understanding of the springs at work behind), the punctual goal-related projection into the future growingly appears as a moving horizon, whose fulfilment can only be incomplete and temporary. This is what Biancheri revealed when he started using the word “democratization” instead of “democracy”: there is no such thing as an eternal and perfect state of democracy, what matters is the relentless effort in this direction; but a democratic Europe is an ideal state that will constantly be challenged by a changing environment.

At this stage, the picture of how the future must be understood and therefore tackled is complete and anticipatory capability can begin.

[1] Political anticipation comes from the talent of a man, Franck Biancheri, to anticipate properly events and change, and to deduct actions or strategic recommendations from these anticipations… a man who didn’t believe in God-given talents, and tried to understand where he got that ability from. He and Marie-Hélène Caillol then worked on formalizing this empirical method via the setting up of training sessions (Sorbonne-LEAP, IRPA) and the drafting of a Manual of Political Anticipation in 2009.