Home / EUROLAND / The water supply and sanitation service in Europe, by Fabien Dupuis*

The water supply and sanitation service in Europe, by Fabien Dupuis*

This article is the introduction to a series of articles on the role of the European Union in the water supply and sanitation sector in relation to the German, French and Dutch systems. The latter being a thesis subject, the study will be spread over several years.

At the beginning of the 1950s, access to drinking water and sanitation was poorly developed in Europe. To address this, governments have launched large-scale policies to provide safe drinking water for all their populations. While France very quickly integrated the private sector into the management of the service and in the implementation of investments, many European countries, notably Germany and the Netherlands, preferred to keep a public organisation. The success of these policies raises the question of improving public water and sanitation services.

Inherited from the socio-geographical and institutional conditions specific to each country, three models have been structured in Europe, all of which respond to the desire to establish a local service, the main characteristic of which is the establishment of a local monopoly for the operator managing the public water and sanitation service, whether it is public or private. However, there are two main differences in the way in which the organisation is organised.

– Infrastructure is either privatised (Great Britain), delegated to public structures (Germany) or to local authorities (France and the Netherlands).

– The price of water is set either on the basis of the costs of the previous year (Germany, Netherlands), or it is defined by the City Council (France), or by a national agency, such as OFWAT (England).

While these services have been put in place through the massive use of government subsidies, the financial difficulties faced by governments no longer make it possible to ensure the renewal of ageing infrastructure, which is necessary at the same time as major investments in the environment.

The water sector is characterized by a massive need for investment. The European Union’s intervention, particularly with regard to the quality of drinking water, is pushing for the rationalisation of processes and the concentration of stakeholders. Germany and the Netherlands are faced with a very important political choice. Should they open their protected water sector to private companies despite the strong ideological opposition in both countries? In the Netherlands, despite the 2000 law prohibiting the sale of local authority shares to companies, the question of the delegation of exploitation is open, especially since the legal protection of the market does not allow national companies to compete internationally. In Germany, the high investment requirements combined with high prices and the liberalisation of the electricity market also raise the question of opening up the water market. Only 10% of the market is managed by private companies.

If the English model seems ideologically excluded, the French model can appear as a recourse thanks to its system of public service delegation.

The European Commission is therefore increasingly present on these issues. The Europeanisation of public space is created by the implementation of common actions that escape the individual States. The original elaboration process, a specific feature of Europe, which escapes the classic relationship of nation-states (State/population/territory) makes the legitimacy of public policies difficult.

The European Commission promotes the principles of “price reality” and “consumer-based billing”. Directive 98/83/EC “on water intended for human consumption” sets the objective of strengthening water quality monitoring programmes, lowering the maximum permitted concentrations for certain parameters and introducing new criteria. The Directive should also encourage better consideration of water monitoring (quality/quantity) by operators beyond regulatory obligations. However, the most important measure by its economic impact concerns lead: since 25 December 2003, the maximum lead concentration in distributed waters has been reduced to 25µg/l. It will fall to 10 µg/l at the end of 2013. Finally, the Community institutions will gradually recognise the specific nature of public service delegation. In 1998, the judgment of the European Court of Justice of the European Communities of 10 November 1998 and the Commission’s interpretative communication in April 2000 recognised the specific nature of the French organisation.

The revitalisation of the methodological base initiated within the Eurowater network is therefore necessary: the “3Es” of sustainable development (Economy, Environment and Ethics) make it possible to define the problem in the following way:

1) Do current financing methods, and in particular water bills, make it possible to maintain the technical heritage in good condition once the initial equipment has been built?

2) What additional investments are needed to improve the environmental and public health performance of services?

According to Gilles le Chatelier: “The movement would only be truly completed if the European Commission decided to propose a directive on concessions that would establish a legally binding definition of this concept in Community law”. The opening of the national market will logically lead to the establishment of a common market. This action must be part of a political environment that is cautious about this type of intervention, since it could call into question the freedom of choice of the countries in their public services, since the European Union is governed by the principles of neutrality and subsidiarity. This must also take into account the difficult situation facing Europe since the French and Dutch “no” to the Referendums on the Constitutional Treaty.

As Pierre Muller points out, public policy action is built by the prior definition of objectives, themselves defined by the representation of the problem, its consequences and solutions. “What is expensive is not water; it is the money needed to make heavy and time-consuming investments; it is also the information that should be available to conduct economically rational policies at a centralized level. The European way, which makes water a common resource omnium, largely free from state ownership and private appropriation, can serve as an example to the world, unless it remains a pious wish…”.

In each European country, the numerous Directives on drinking water, sanitation and water treatment, and now the aquatic environment, are in addition to older or more specific national policies, and result in significant investments. In a very different way, equalisation between public services (cross-sectoral as in Germany with the Stadtwerke, or territorial and temporal as in France, through the water agencies and the increasing involvement of the general councils) reduces the costs of services, but some orthodox economists consider them as disguised subsidies. In addition, some environmentalists consider them as “polluter bonuses”. In any case, the development of a model of water financial flows by public service, by department, and by region has become necessary.

The Directive requires the publication of information on the state of the aquatic environment, which in turn may lead to a reaction from certain categories of citizens who consider that the information or efforts envisaged are insufficient. There is then a risk of a drift towards “judiciarisation”, insofar as domestic users would like to obtain an improvement in water management, but without this resulting in an increase in the prices they would have to pay. Information is expensive, but transmitting good information is always cheaper than unnecessary investments. Water saving is a saving in transaction costs and is controlled by a “large central regulator”.

The soaring prices of water services and the difficulties in meeting drinking water parameters have created a loss of user confidence in water and sanitation services. “It is therefore a method of auditing sustainability on the three dimensions of economy, environment, and ethics/equity that must be developed”.

The question of improving public water and sanitation services must take into account “the rise of consumerism and the retreat from paternalism leading directly to the consumer and the demanding customer. It is therefore once again the question of the place of public policies in the functioning of representative democracies that is raised here. In addition to the question of democracy, it will certainly be necessary to study the implications of the CAP, the sharing of competences, and environmental policy, since these themes have more or less direct consequences on the quality of drinking water and the public service of distribution.

Born on 3 November 1980 in Limoges, he is currently a doctoral student in political science at the University of Paris II Panthéon-Assas and attached to CERSA (Centre d’Etudes et de Recherches de Science Administrative).

Fabien Dupuis is currently working on the role of the European Union in the public service of water supply and sanitation in relation to the German, French and Dutch systems. During his studies in economics and international relations, he focused his research on water issues through three dissertations: The Tiger and the Euphrates as a source of conflict, The commodification of water as a way of managing a scarce resource? and the delegation of public water and sanitation services: the example of Paris.

In parallel to his university studies, he was an intern at Hubert Védrine Conseil and Notre Europe, a research and reflection group created by Jacques Delors. He was thus able to collaborate on the policy paper, Forgiveness and Promise, for a more regional approach to the Western Balkans issue by the European Union.

Citizens’ assemblies to the rescue of the European construction, by Jordi Lafon 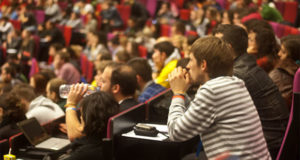 From European Elections 2019 to Europe 2040: making sure Europe’s nascent democracy serves the interests of the next generations 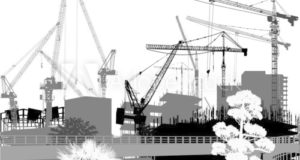