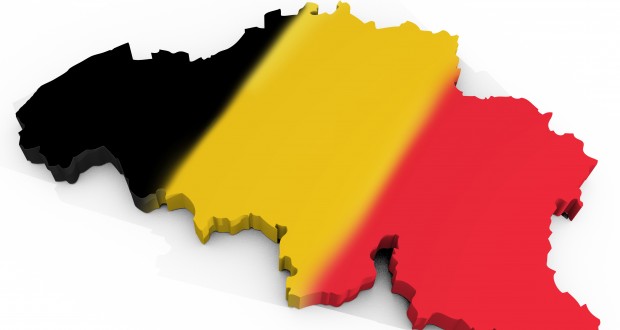 We wish to quickly return to one of our “ups and downs” of last month, the one related to Belgium, which, due to the “short note” format in which it was drawn up, was formulated too bluntly to allow people to really understand its core analysis.

Our team has long observed the developments of this country so important for Europe, especially following a hypothesis of partition. It is actually Brussels that interests us most. Being the capital city of that country and of Europe, its future is a stake for many interests whose interactions deserve attention.

The GEAB, LEAP’s confidential letter is a monthly bulletin available under subscription. Its contents are not made available to the public until three months later. We offer you the access to this exclusive article from February’s bulletin (GEAB n°102). If you want to read our articles in real time, subscribe to the GEAB!

The Dutch-speaking Flemish side is instrumental (and utilized) within the evolution of the capital, a landlocked French-speaking city on a Flemish territory and, due to this fact, a guarantor of the country’s unity: as long as Brussels remains French-speaking, the partition of the country is very difficult to implement. It is also in this light that we have been following the trends. Yet, from what we have seen in the past two decades at least, it is a patient and effective “defrancophonization” that is being implemented in the following way:
– A closed city (surrounded by strict Dutch-speaking suburbs)[i];
– A city where foreigners of all kinds are welcome (European officials, NATO officials, economic migrants…), allowing them to speak English or their native language;
– A city in which the proportion of the original Francophone population is being mechanically reduced.

In 20 years, for example, the signposts of the city went from all French, to French/Dutch, and often Dutch/French. As for the European part of the city, shops are employing personnel originating from Eastern Europe who speak neither French nor Dutch, but English; ditto for the watchmen within the institutions. As for the Francophone Brussels natives, most of them now live in Paris[ii]. It is hard to imagine that almost completely eliminating the “Brussels obstacle” from the way to Flemish independence does not result in “something” in a less and less distant future.

The other obstacle to Flemish independence was the Belgian State. Since 1993, Belgium has become a federal state which has been constantly weakened ever since, to the rhythm of the weakening of the European states in general, but also due to the very limited visibility and legitimacy of the Belgian state authorities, in view of the institutional mammoths located in its capital (EU, NATO). Finally, the Flemish strategy of defrancophonization had full interest in the great carelessness of social and community integration in Brussels, a carelessness that is directly responsible for the proliferation of corrupt systems and trafficking of all kinds – among which we could see the arms networks which fuelled the Parisian attacks[iii].

Since May 2014, for the first time in Belgian history, a coalition government composed of three Flemish parties (including the Flemish separatist party, NVA) and a Francophone liberal party (a “kamikaze coalition”… for the French-speaking head of government) has governed the country. This Liberal-Flemish combination, reshuffle after reshuffle, methodically destroyed the Belgian social system[iv], admittedly bloated, but one of the last uniting features of the country. Currently, there are not many things keeping Belgium away from a final act of partition[v]… the monarchy possibly may be one, and, paradoxically, also the public common debt (407 billion Euro).

Yet, our team believes that the current chaos in Europe will create a convergence of interests in letting the Flemish conservatives and nationalists take over the politically and economically important part of the country, meaning Flanders and Brussels, now turned compatible. As for Wallonia, can the Flemish afford to keep it on board, or will they decide that it weighs too heavily in the balance sheet of the country? The whole question is there, and it will make the difference between a partition[vi] scenario and a scenario of Flemishization[vii] of Belgium, preserving the appearance of unity.