Home / Home / Accueil / How to improve the timing in political anticipation? 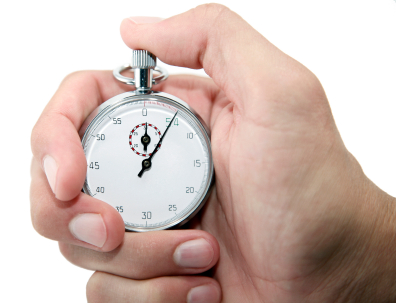 How to improve the timing in political anticipation?

The method to give a timing in political anticipation consists in analyzing when different trends and ruptures converge, giving a “risky period” in which a tiny incident will precipitate the anticipated event. However it turns out that being accurate is terribly difficult. How can we improve this exercise? Several factors have to be taken into account.

Which kinds of trends/ruptures are relevant (i.e. can indeed provoke the anticipated event), which are not?

What time horizon should we consider? The political anticipation is more about the short term or medium term, but what is the limit? And what is the impact of the reader awaiting for an information about the near future?

How to cope with the “pressure” to give an early date in order not to miss an important event? An incorrect solution is to give only late dates, and when the event happens earlier than forecast, just say “we anticipated correctly, only the date was imprecise” (this is the method used in politically correct, official forecasts, e.g.

http://www.lankabusinessonline.com/news/us-economy-set-for-solid-growth,-shrinkingdeficit:-cbo/1949873440 where problems should occur only beyond 2017). Giving an early date is more risky.

There is also the fact that leaders tend to decide actions for a future where they won’t be leaders any more… (see e.g. Cameron who organises its referendum after its mandate, or European actions against climate change)

Finally, an important thing in timing is the fact that it forces the author to argue about a date, which leads him to new arguments/nuances/revisions of its text, while giving interesting insight to the reader.

The problem is to find the risky period, what kind of factors have to be taken into account in order to find this risky period. What is the weight of the trends, are they fast or slow moving? We have a schedule in PA. At GEAB there’s a kind of pressure not to miss any event. The evaluation is in December. The common strategy of institutions is to give dates, normally later than forecasted to avoid any kind of error. It’s not good, but it’s the sure way. It happened, so it was correct even earlier. Our approach is more risky.

What time horizon should we consider to reach in PA? What is the limit: can we anticipate in 10 years or longer term? 20, 40 years? It’s not clear what time is the limit to students. Even if timing is wrong, it’s important to do this exercise of timing because it enables to argue what he is writing – it improves the PA. It’s a crucial point and if we could improve this would be very useful.

If we would have made some PA in 1950, we can have a much longer timeframe because political forces were in strong equilibrium, we are able to imagine the argument of the PA. If you look what has been written in the start of 19th century, you can have today some political forces on the same position, than they were one century ago. If you look at what has been written some years after, about Marxism revolution, at the beginning of 19th century at different parts of the world. It has been described many years before. The moment in history you are writing PA is always determined by the present equilibrium.

The question concerning what should be improved with the work of PA in the GEAB, there’s an agreement that the conclusions and trends are mostly right. But there has been sometimes problems with the timing, difficulty to anticipate the imagination of all financial actors concerning the designing. This special cases would apply some kind of concept of black box, black – because you maybe don’t have all the knowledge to know what to search from this process, because of unlimited processes, which are controlled by some actors (government, central bankers).

For example: the systemic crisis has a considerable slower movement, in the deep the movements of the stock market seems completely uncorrelated to the actual economic reality. It seems exactly or close to the concept of black box. It seems that nobody understands today the direction of the stock markets, even the experts in particular.

Once a crisis has started, it’s usually unexpectingly, if once something unexpected happens, than indeed you have all the reactions from the system focused on this initial events and try to understand the situation. It becomes very difficult to anticipate the next steps of the same sequence. For example: Frank Biancheri identified perfectly the suprime crisis, but no one believed in it, indeed the system was not focused on suprime crisis to prevent it, no one believed that it would happen now, so it happened. Once it happened, everybody was surprised.

Maybe we should focus on identifying events themselves (not trends), it’s more interesting to take a distance to the whole crisis and try to see what next, unexpected could happen. Just comment something on long-term Anticipation, it’s a fact that PA is a matter of connecting prospective, but in PA is more connecting the past and the future and connecting long term, medium term and short term. Our visible work is short term but our vision, the context which we work is long long term.

Another example: for stock markets we can’t have a PA or economical Anticipation because on the short term all markets are completely weak, this means no rational applies. It’s all irrational to inflate the stock markets. We know also that no inflation can go for ever, it will stop. But when you cannot go into the process or domain, then you try to understand what’s behind, for example in the fundamentals of Gold. There’s a theory behind gold economics and this helps us to define more precisely in the time the point of the crisis.