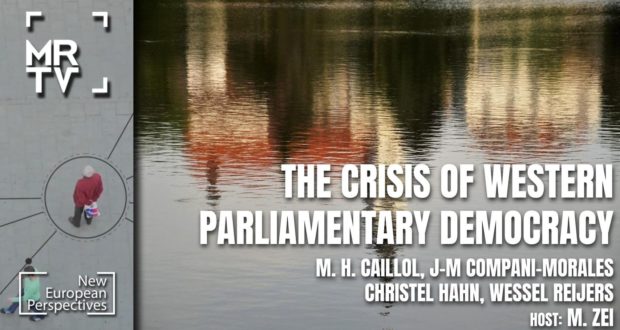 As the West keeps throwing at the face of the rest of the world its so-called “democratic values” to justify sanctions and aggressive postures of all sorts, we, Western citizens, know how outdated our democratic mechanisms have become and how ill-represented we are.

In this next New European Perspectives conversation, we’d like to exchange on one aspect of this rather unoriginal topic: the growing disconnect of parliaments with the people supposed to elect them. At the age of internet and disintermediation, the exorbitant powers of our “representatives” place huge locks on the fluidity required for a sound democracy. Somehow, houses of representatives have turned into second senates, two high chambers therefore instead of what new technologies allow us to expect as citizens in terms of direct representation around our “peoples chambers”.

We’ll take a look at the concrete democratic denials originating in parliaments in Europe these days as try to see what is really being done to disintermediate and breathe new oxygen into our suffocating political systems at both national and supranational decision-making levels.