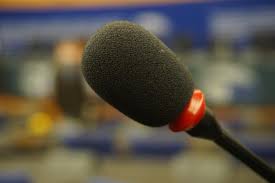 LEAP has been working for a long time on the notion of Generation Europe, i.e. this generation that appeared at university in the 1980s, when the European ruling elites envisaged political Europe as the next stage in the construction of Europe. Unfortunately, the fall of the Wall and the appropriation of the collapse of the Soviet bloc by an Anglo-Saxon camp at the service of a purely free-trade vision of the European project, put the first Euro-citizens in history at odds with the ruling elites of the years 90-2000-2010. Thus European democratisation failed to place and the very notion of Euro-citizens has lost all its meaning in favour of that of consumers and “citizens of the world” running idle. In the midst of the Very Great Crisis of 2020, at the moment when the EU seems to be regaining some meaning as a problem-solving tool, answering the question “Is Generation Europe still European?” can help to determine whether or not the EU will succeed in imposing its solutions and how.
Marie-Hélène Caillol, Marianne Ranke-Cormier, Jordi Lafon and Giorgio Clarotti, give their views on this question in this episode of New European Perspectives broadcast moderated by Maria Zei.